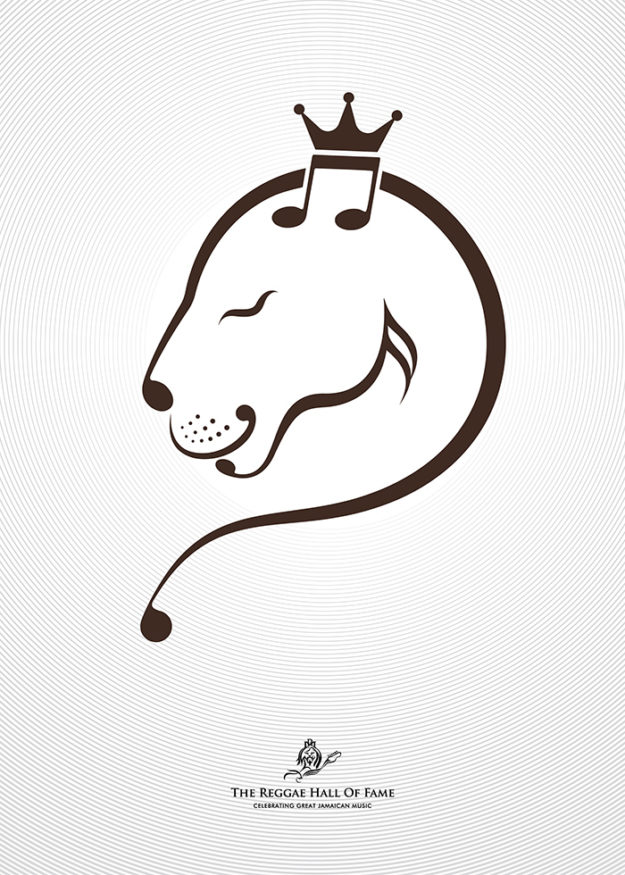 The music symbol constitutes a sleeping lion, expressing that reggae music not only gives people a beautiful enjoyment,
but also urges people to make progress. 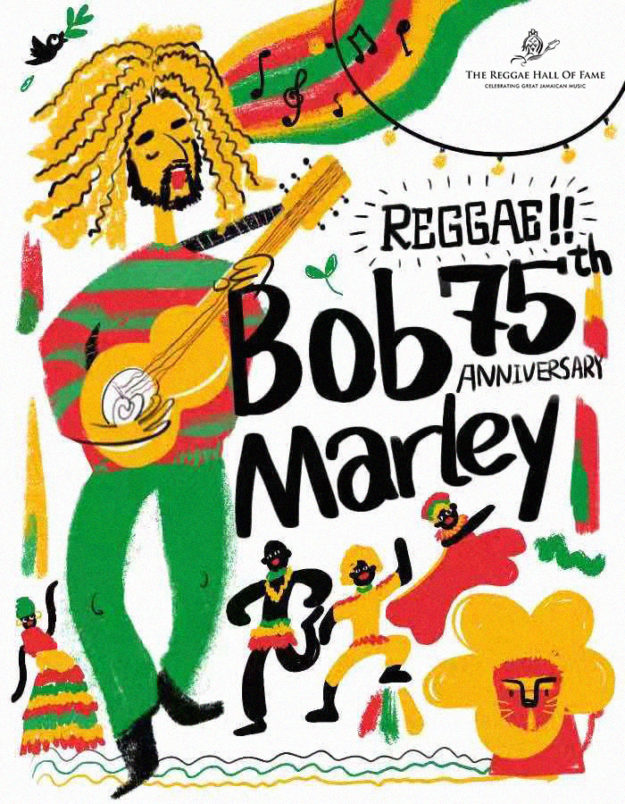 I was painting the poster , in a homage to Bob Marley , the Father of Reggae.
Designer idea: While I try to present the atmosphere of the party with illustrations. 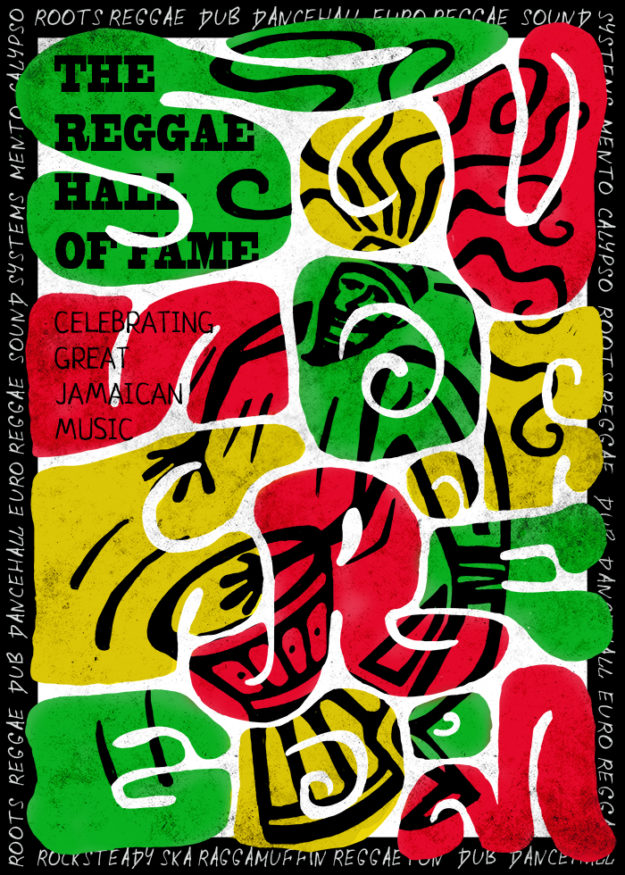 We live in borders of our own reality. But reggae genres expand this frames to the bigger size. We become see this world more differ, with more colorfuler, more inspiring.
The freedom go out from our mind and our soul. Just go back to the roots, feel the drum rhithm of your heart. 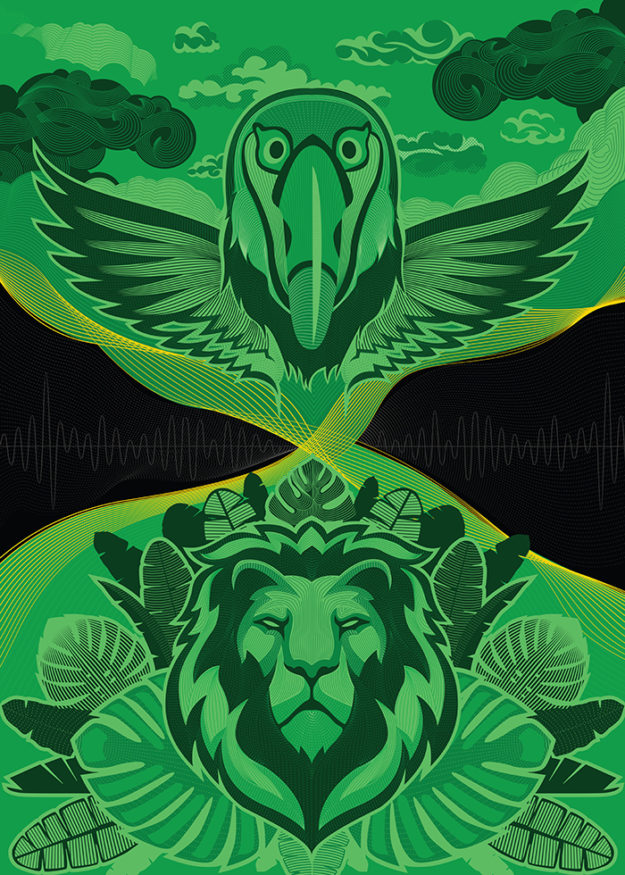 The poster celebrates the sounds, spirits and souls of the lush, tropical lands and the clear, vast skies of Jamaica. 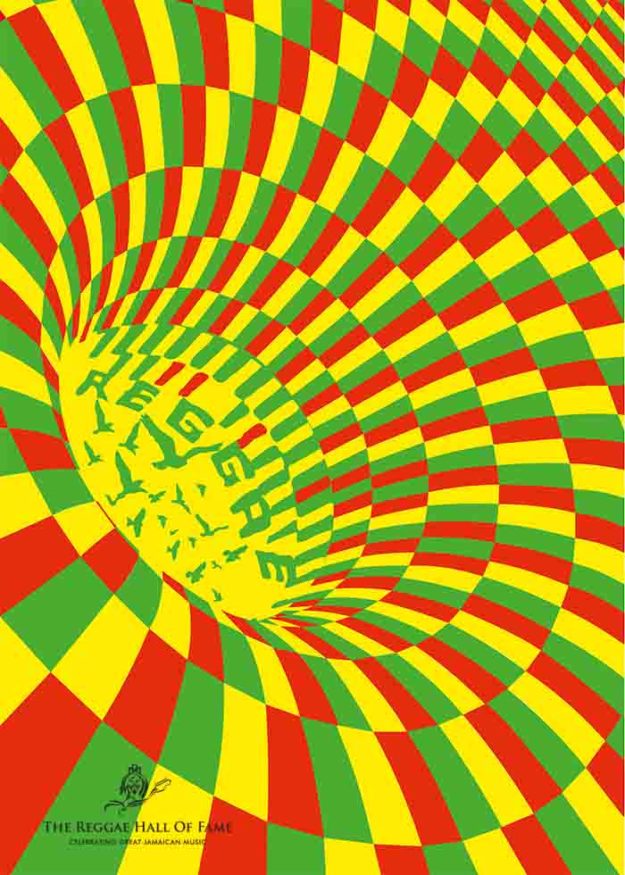 the sound of Music | Iran

the sound of Music.
Reggae is a style of music that was founded in Jamaica in the late 6th century. Rigge’s statement is indicative of a style of music appropriate to the origin of the Sky and Rocksteady Observer courses.
The basis of the vein is based on a rhythmic basis that emphasizes anti-narcissism (also known as scanning). The vein is naturally slower than SKA and steeper than Rock Stud. The vein usually emphasizes the second and fourth beats of any value, while the rhythm guitar emphasizes the third beat or holds the chords to the second beat until the third beat is played. Its speed and the use of a coherent bass line make the difference between this style and the style of rock studio, although both styles later used these innovations separately.

One of the most popular readers of this genre is Bob Marley. He played an important role in spreading this style of Thought. [1]Yellow

Referring to the cultural background (eg Buddhist voyage) as well as the geography of guidance, the varied or golden yellow sign on the flag of Barbados is the country’s Saturday symbol. In the flag of the authorized country, the banner indicates the authorized wheat fields. This color is yellow from the pan colors and can be changed to keep it in the flag and you can keep it. The yellow state refers to the sun and the sunGreen in Islam is a sign of faith and belief in religion, trust in God, survival and eternity, as well as a Day of Judgment. Green is traditionally the color of Islam. This is the case with countries such as Saudi Arabia, Azerbaijan, Afghanistan, Sri Lanka and Maldives.

It also has green flags and forest flags on the flag of countries like Jamaica, and the Uzbek flag also indicates greenery and fertility. 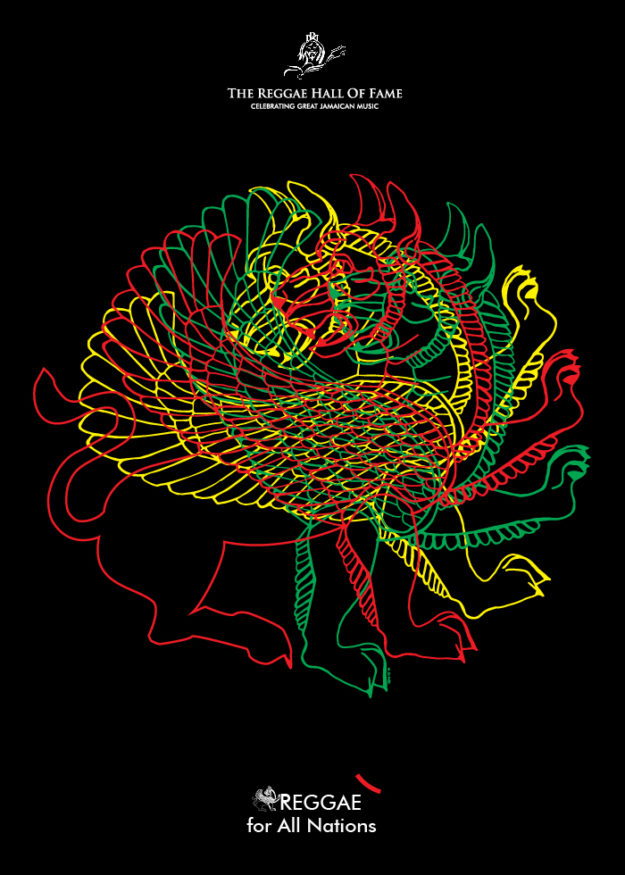 for All Nations | Iran

Thanks in advance for holding the Reggae Festival.
Reggae’s music represents the sound of life, love, joy, tears, and blood. It’s not just about the voice of one particular nation or group, but the voice of all humans. In my poster entitled “Reggae for all nations’’, using the festival symbol that is a lion, and inspired by ancient Iranian winged lion I tried to draw the poster. The winged lion symbolizes courage and power and protects humans from evil, lies, and magic. In my work inspired by the rhythm of Reggae’s music, I drew this abstract design that is flowing and soulful just like Reggae. I believe Reggae music has the potential to bridge across nations and bring them closer together 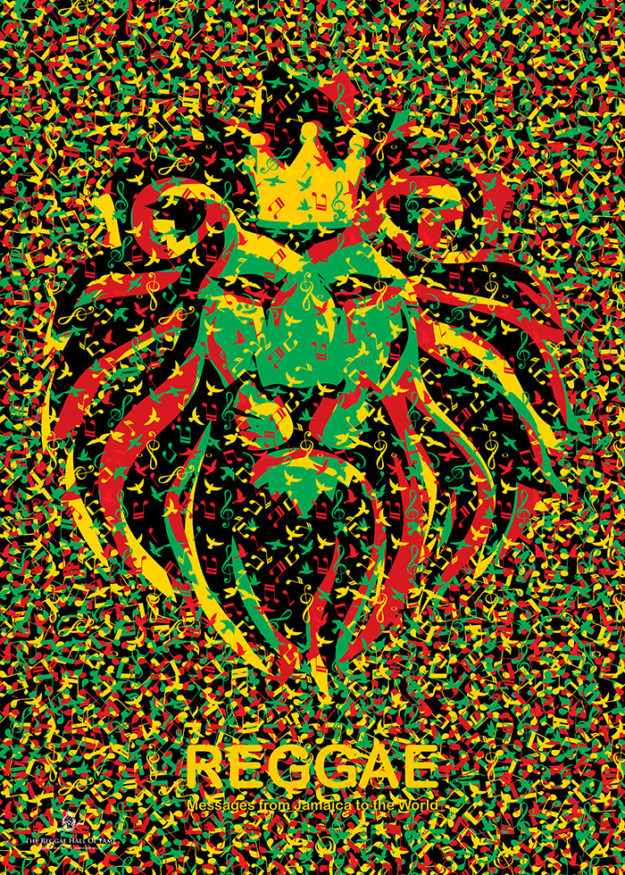 Reggae music is an element of peace. The world must hear the message of musical peace. Reggae’s music is soothing and energetic and exciting. 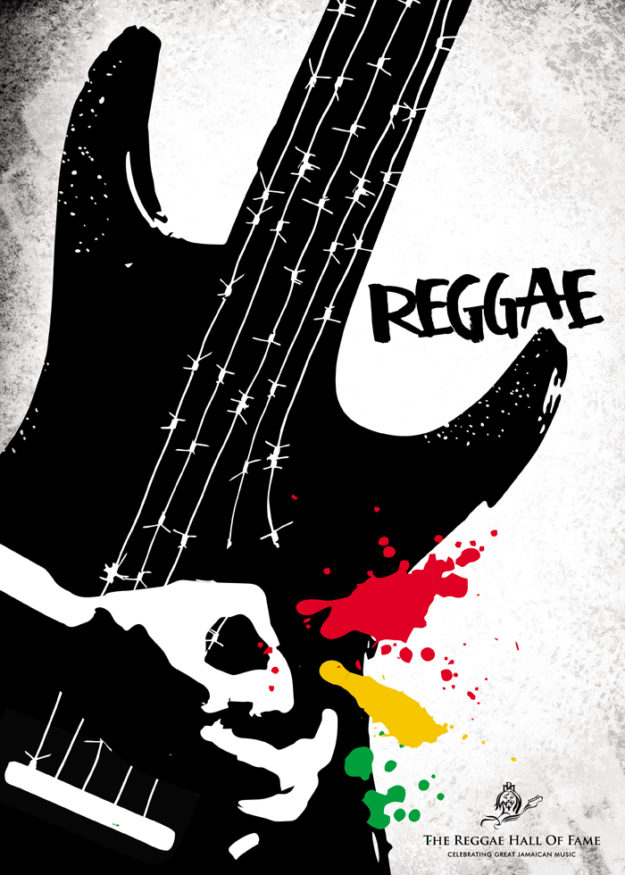 Life is going on in Reggae.
Blood, love and tears can all be felt at once 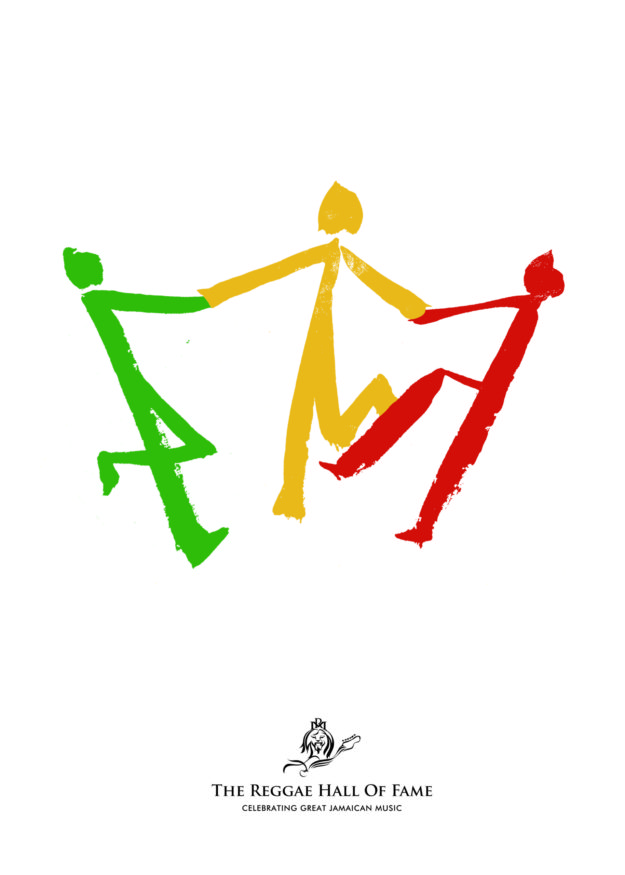 Hand in hand and heart in heart | China

The poster graphic is a crown composed of three children holding hands and heart to heart, expressing the beautiful desire of Jamaican people to convey love to the world through their own music culture. 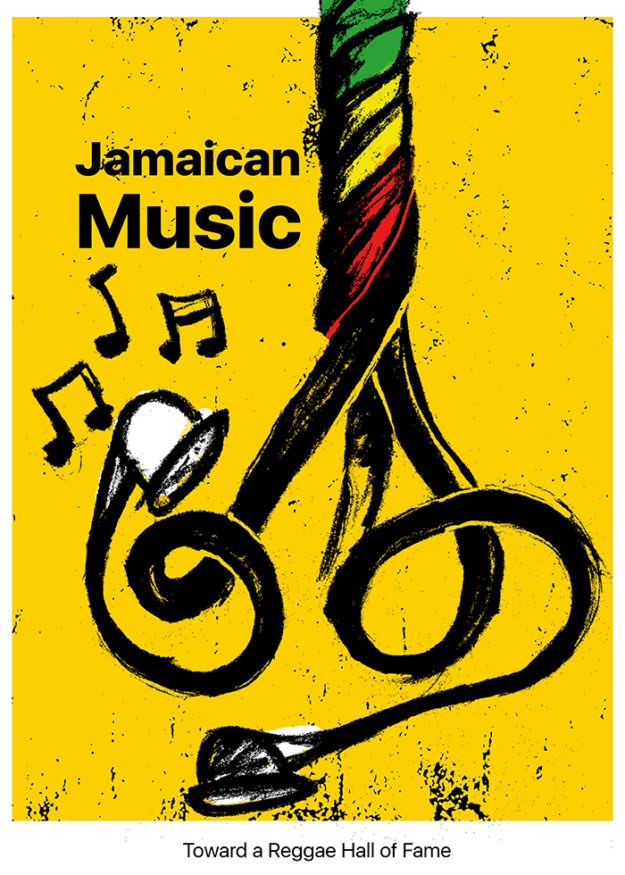