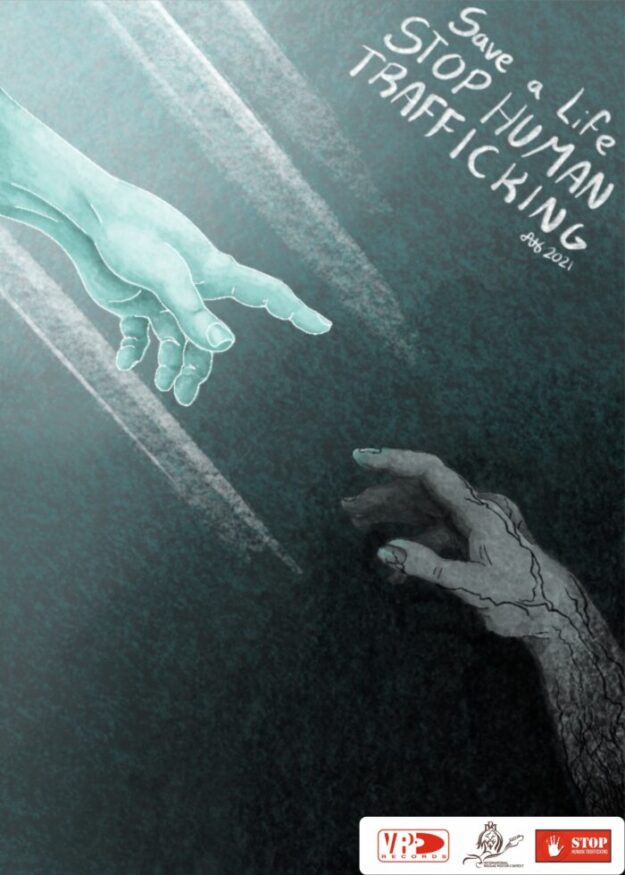 I wanted to do something that depicted both a visual and meaningful representation of reaching out and saving someone in need, so I took inspiration and reference from Michaelangelo’s “Creation of Adam.” I added cracks to the lower hand to give it a stone-like appearance to hint the inherent inescapability of the human trafficking epidemic. 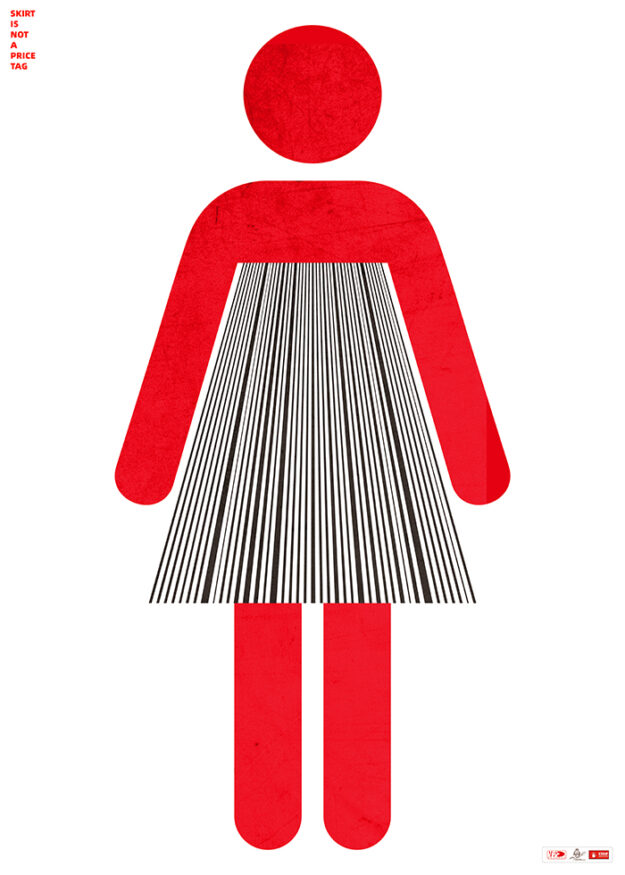 SKIRT IS NOT A PRICE TAG | China 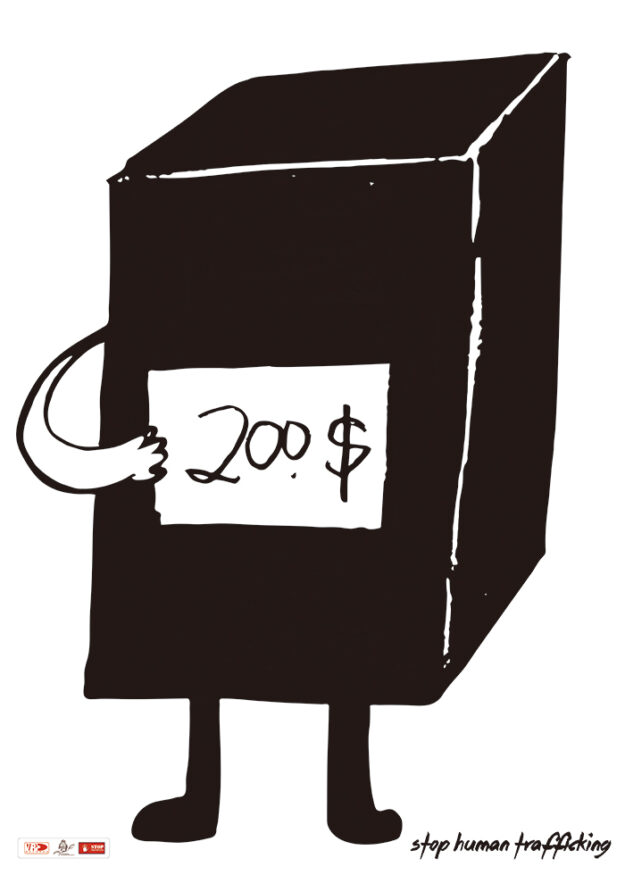 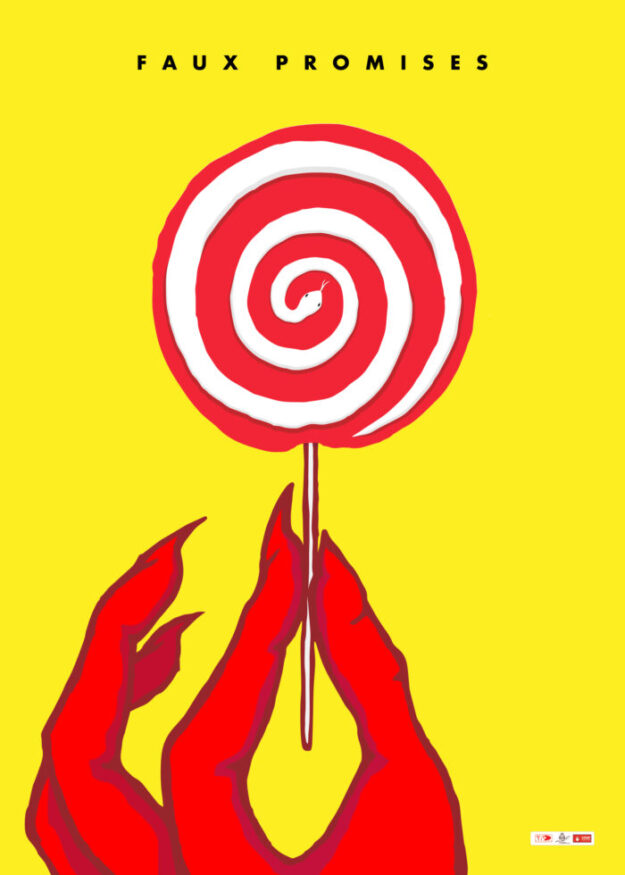 This poster focuses on the idea of luring. This bad individual/figure (a demon or the devil) holds a lollipop as its tactic to lure in a victim; in this case children. The lollipop also plays as a hypnotic spiral to emphasize the idea. A snake is hidden within showing that this particular candy is not safe to eat. “FAUX PROMISES” refers to the promises or deal that the lurer will say in order to convince the victim (money, food, care, etc.) The word “FAUX” refers to faux candy which is fake candy that is often hand-made for props and decor. 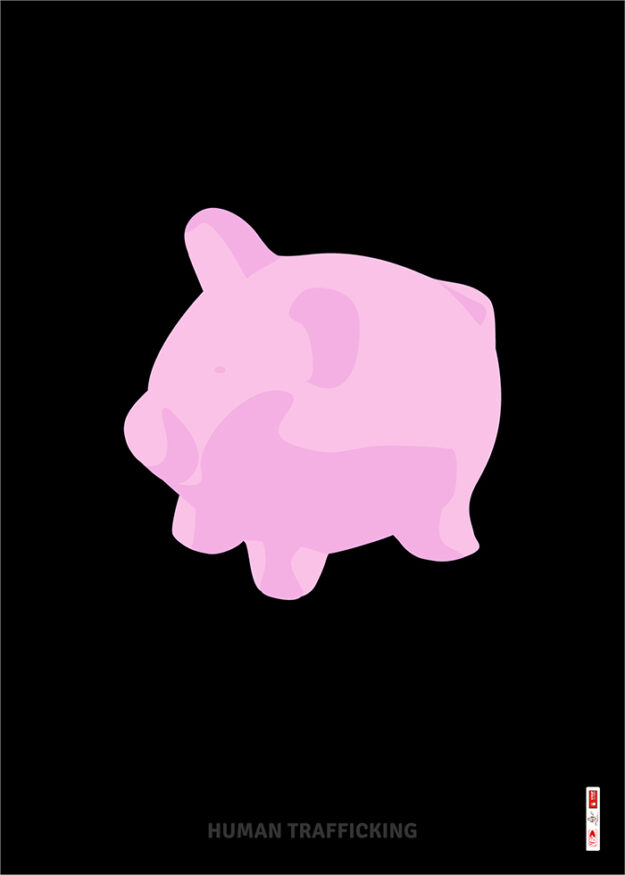 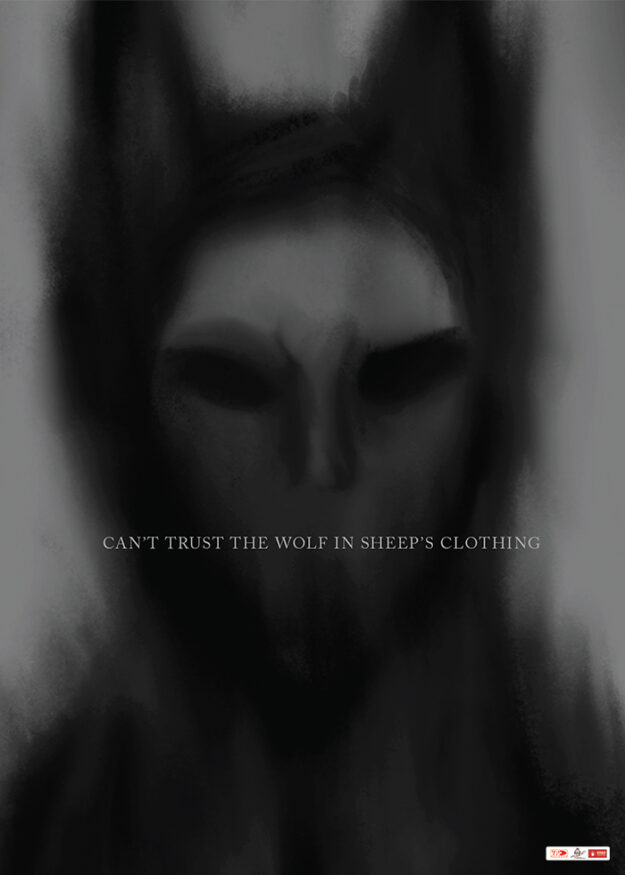 Behind the mask | United States

For my piece, I created a figure that looks like a man with a silhouette of a wolf but with the face looking like a mask. With this, I wanted to represent that you shouldn’t trust anyone if you don’t know their true intentions. 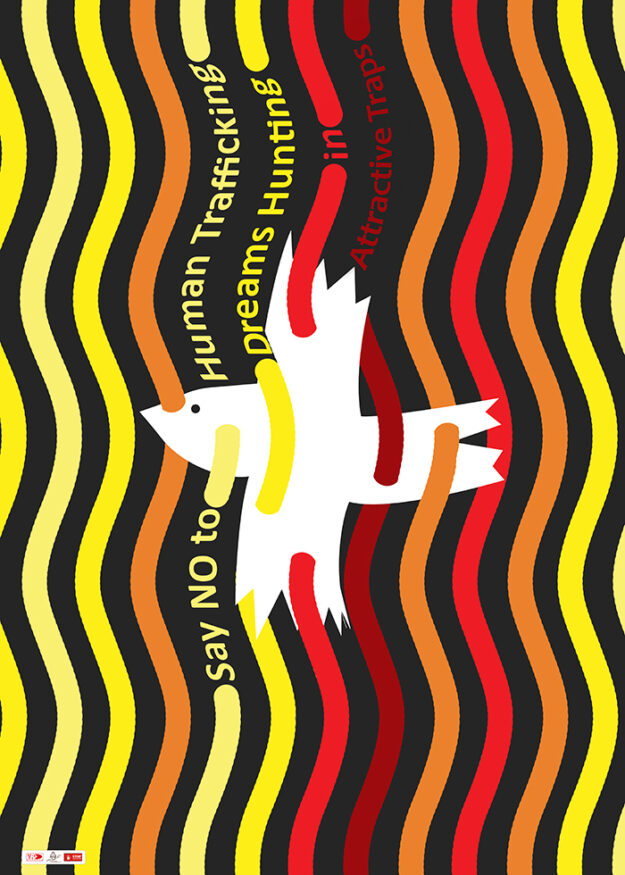 Say no to human trafficking | Iran

Human Trafficking in many cases Capture the people and their dreams by Attractive traps. 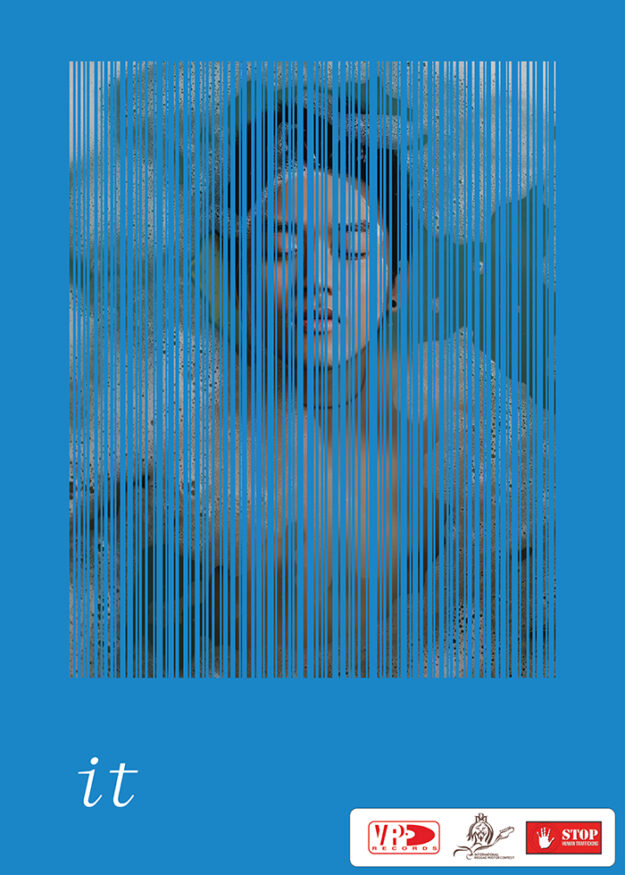 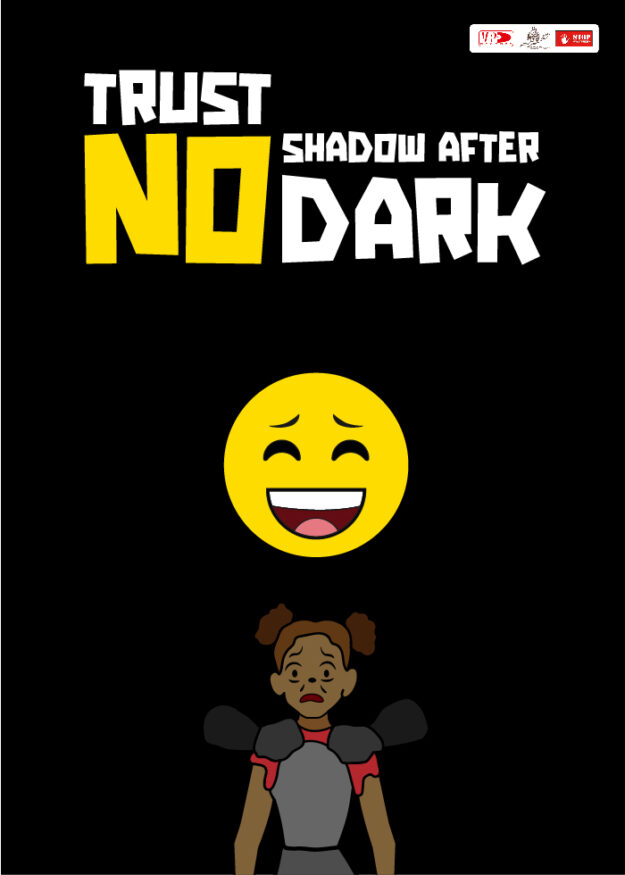 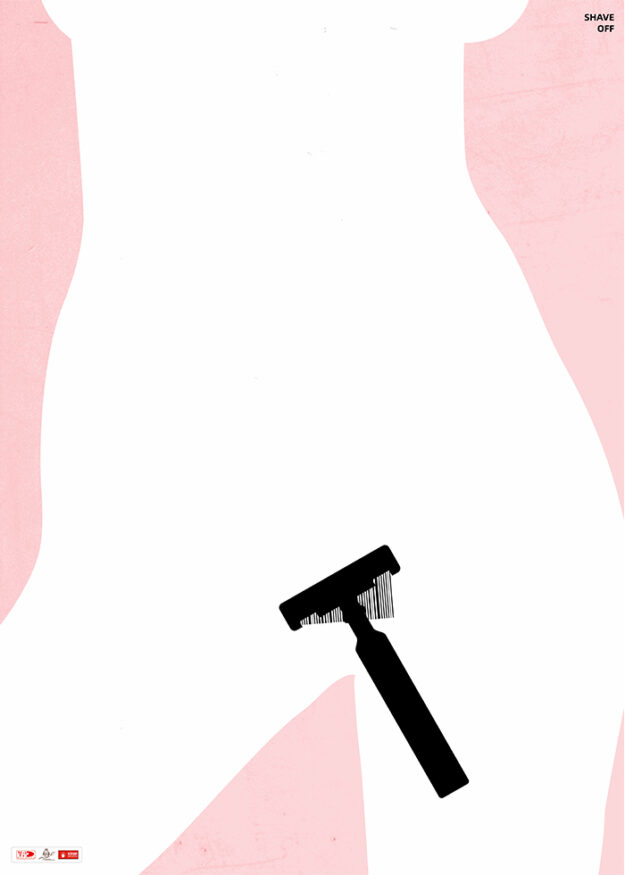