The human trafficking is a problem that is known to exist but many ignore and no matter where we look this problem, the ones that always get prejudicated are the kids, even when they are not the ones been kidnapped they result affected, the fathers that disappeared leaving their families alone, the mothers that are taken away from their son´s. I wanted to represent that damaged caused to de kids, with a characteristic hat of them adrift in the big ocean, where many have not reached the other side, being kidnapped, or even transported by ocean by their kidnappers. 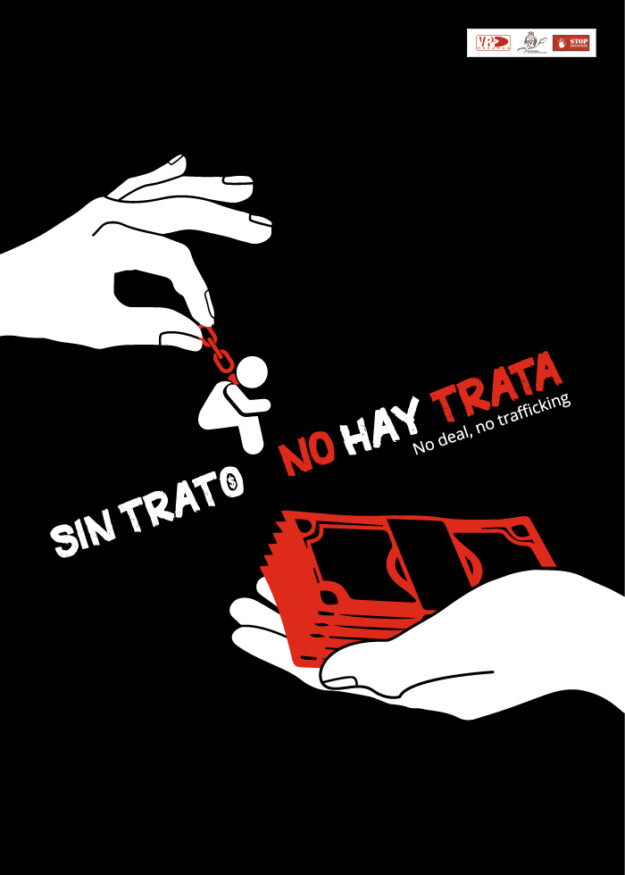 No deal, no trafficking | Mexico

This poster shows the exploitation and slavery of the people who are treated. At the same time it reflects the smallness to which a life is reduced in exchange for money. 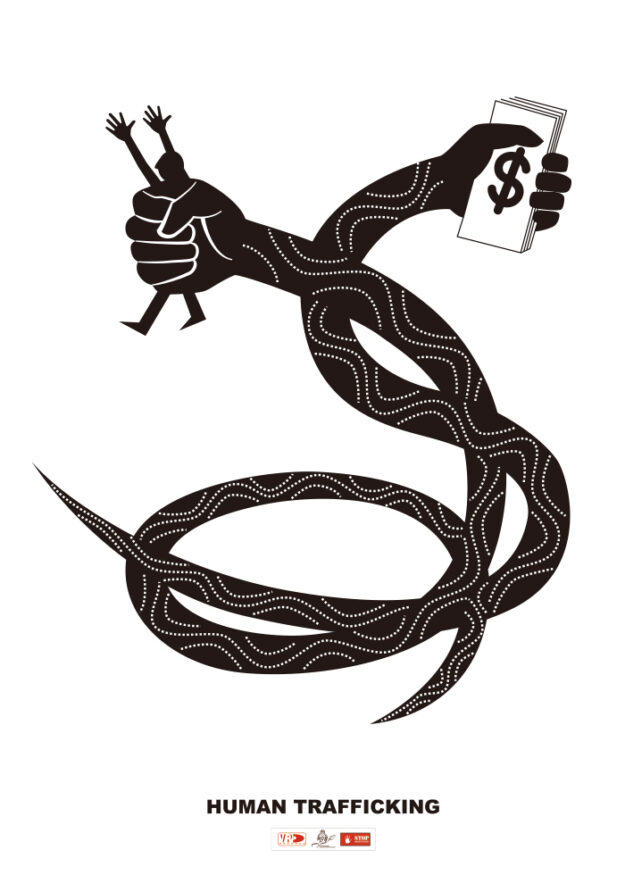 Human trafficking is an evil trade in the dark. 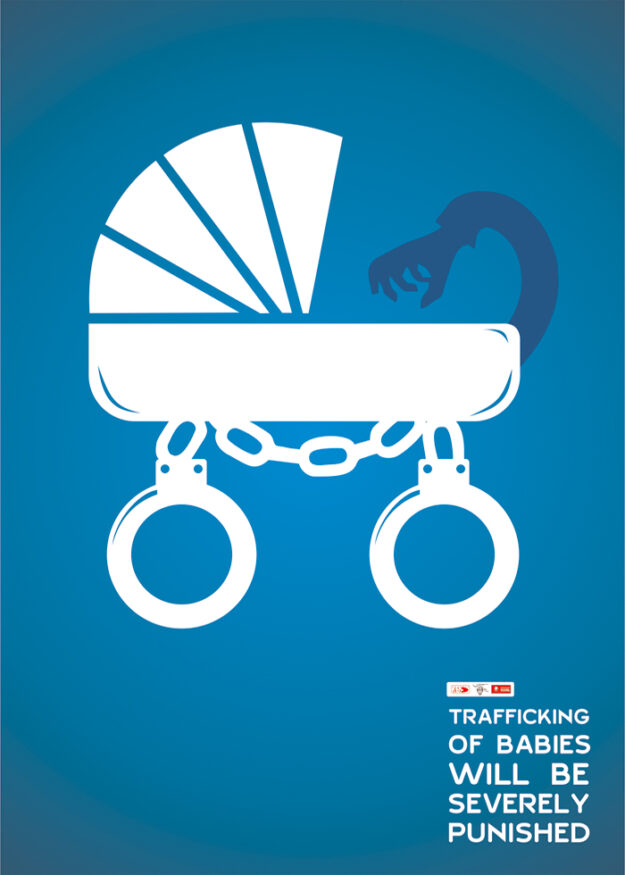 《TRAFFICKING OF BABIES WILL BE SEVERELY PUNISHED 》 | China

Theft of infants and young children has a greater social hazard. The work takes this as a starting point for creativity, designing the entire picture as a wicked claw about to reach into the stroller, and changing the pair of rollers of the stroller into a pair of handcuffs, implying that the act of stealing infants and young children will inevitably be subject to law. The severe punishment. 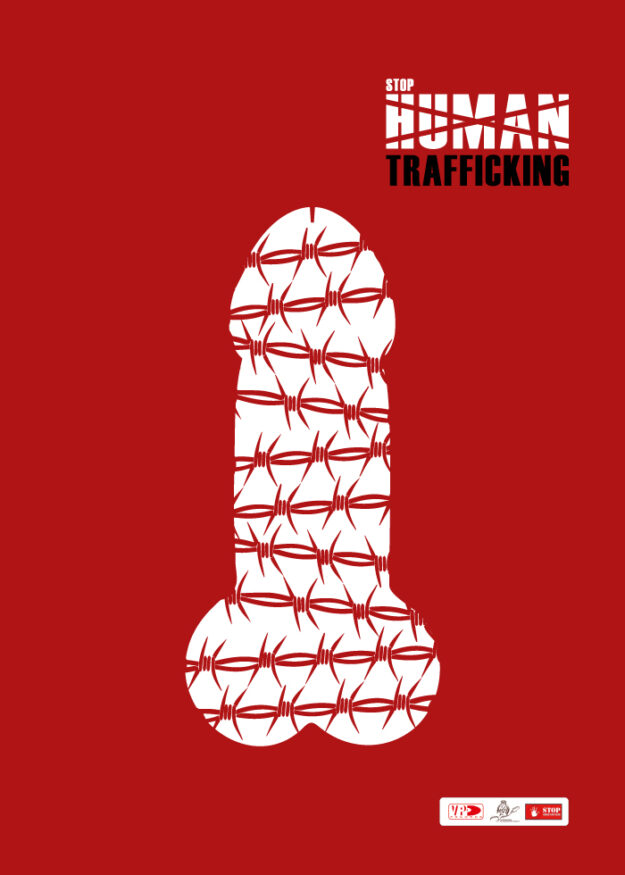 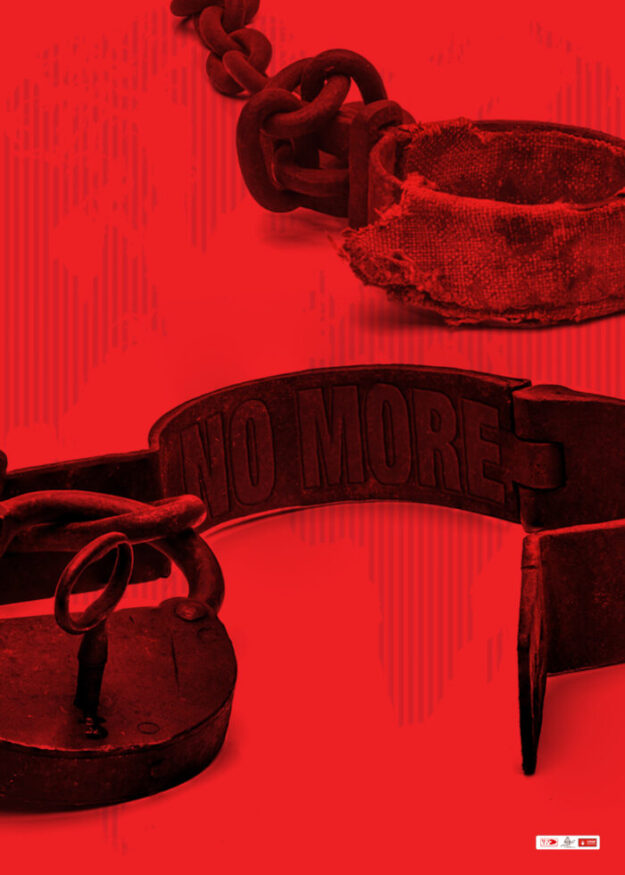 No matter your race, color, belief, or sexuality, all people are equal. No one is more important or priority than another. Thus nobody can ever buy anyone. All human trafficking must end immediately. NO MORE! 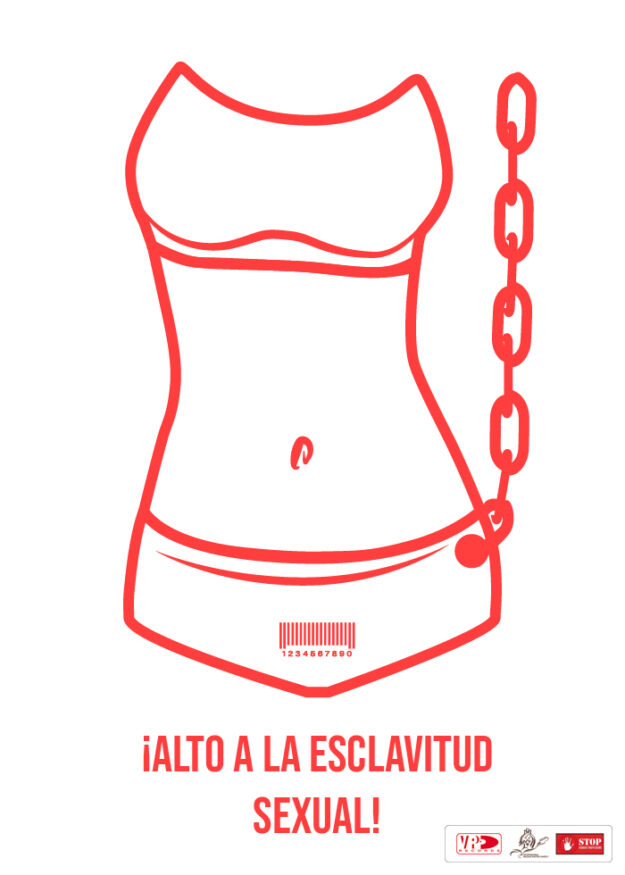 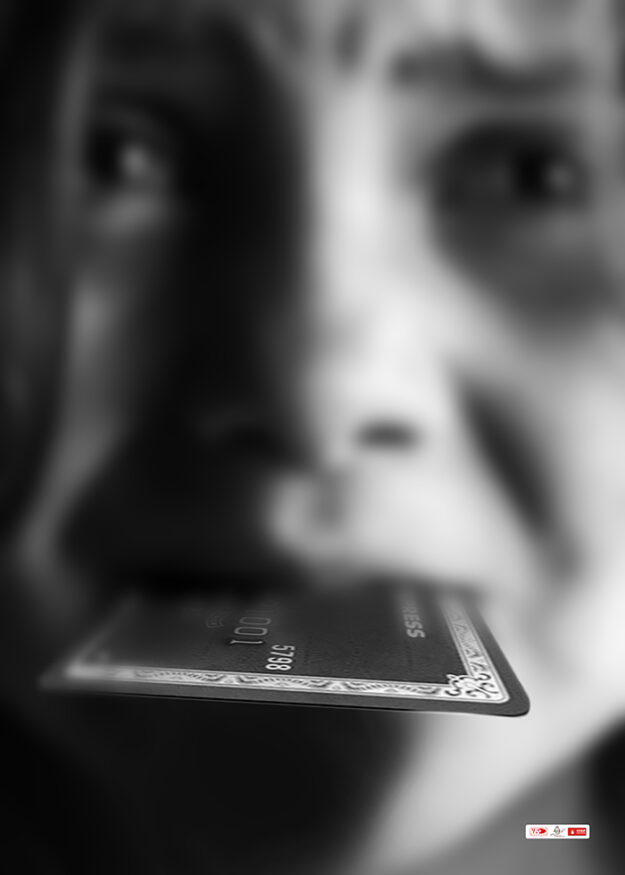 The story is always the same: whoever has a lot of money exploits, oppresses, hurts someone who has little. And we, we can do nothing but draw attention to injustice and hope that those who have power will do good. 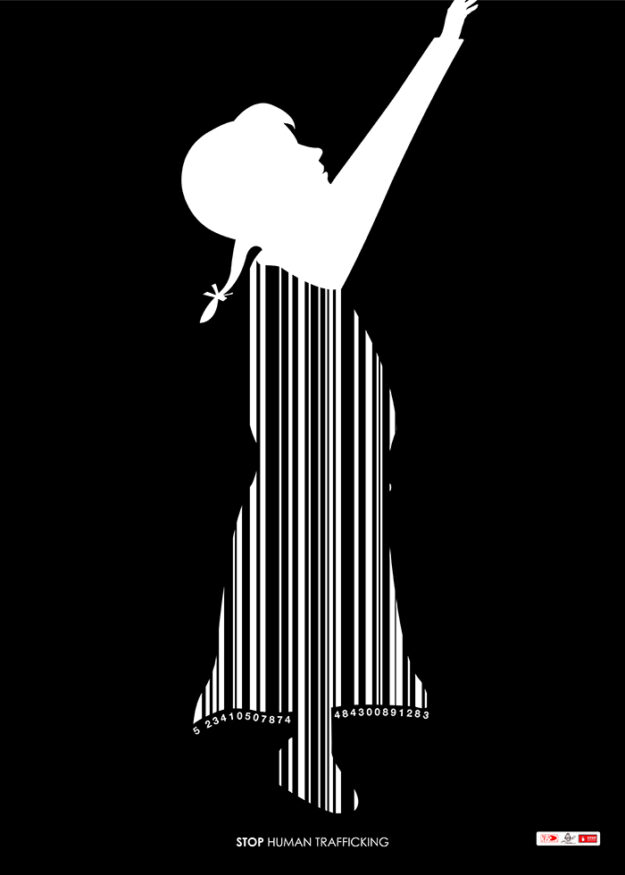 The poster is a metaphor that combines the barcode with the silhouette of a minor to accentuate the worrying situation of children in the world in human trafficking. The Century Gothic, regular and bold typeface is used. CMYK color mode. 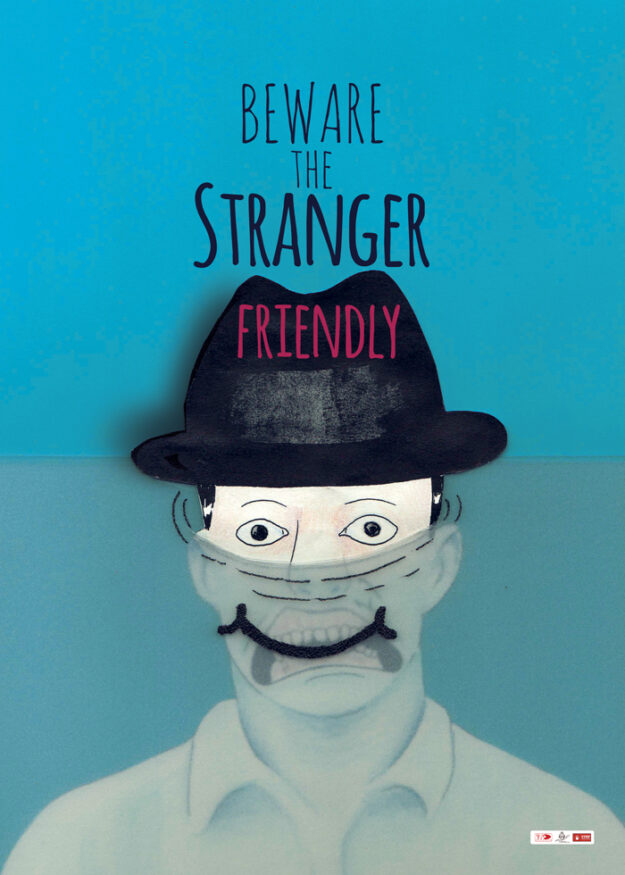 Not everyone have good intentions to help. We always have to be on the lookout when a stranger offers us help, we never know with certainty what their true intentions are