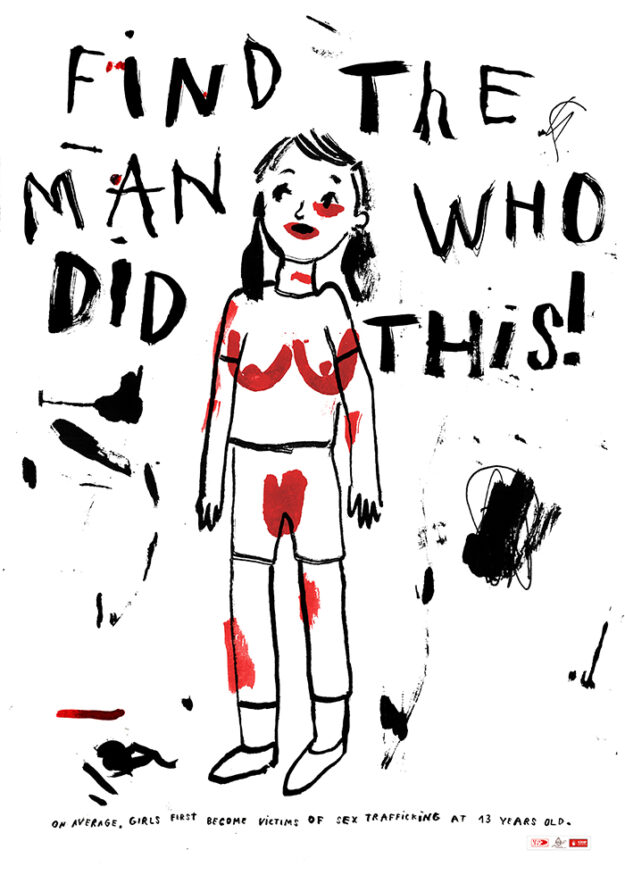 Find the man who did this | Latvia

On average, girls first become victims of sex trafficking at 13 years old. What terrible and heartbreaking statistics! It should not happen. I wanted to make a poster to draw attention to this – that they are only children! Find these men who did this – the men who sexualised children, who used them, who stole their childhood, who used their misery and weakness. 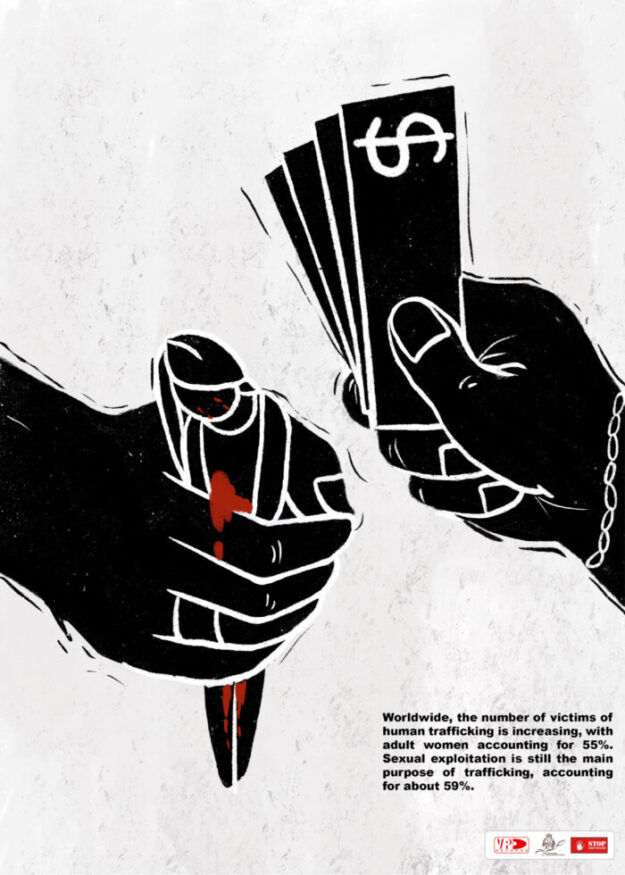 In the world, the number of trafficked people is increasing year by year, of which adult women account for the majority. Human traffickers exploit them to obtain high profits. When they have no use value, they also sell their organs. Among the criminals, we are all commodities. 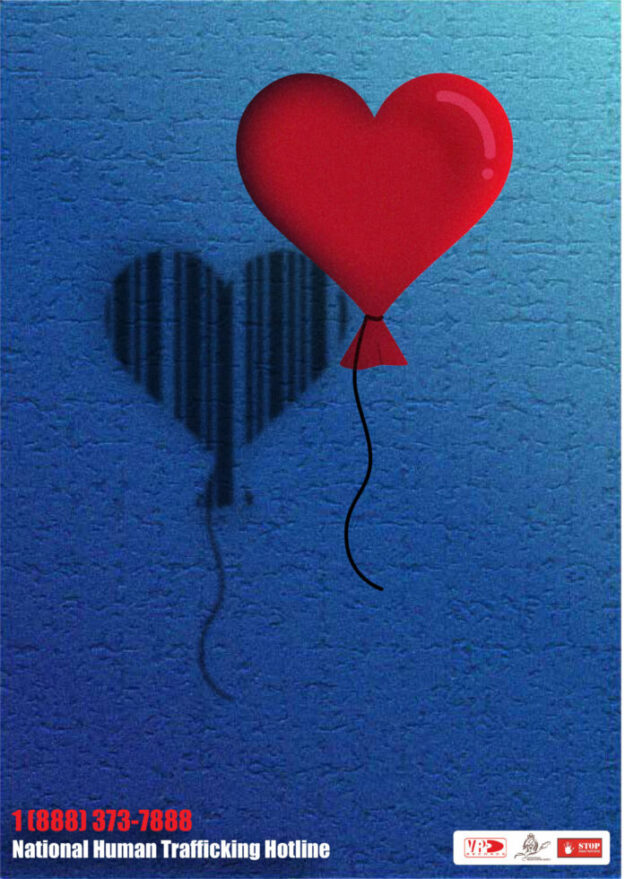 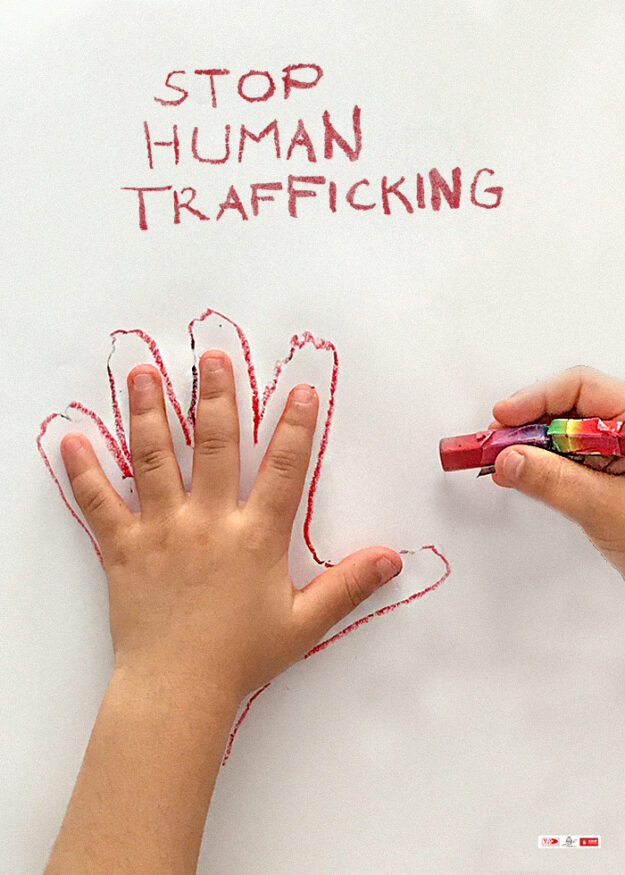 Human trafficking targeted women, men and children. Every child deserves a happy childhood and
peaceful life. They take that from them. They take them, they take their family. This must stop. 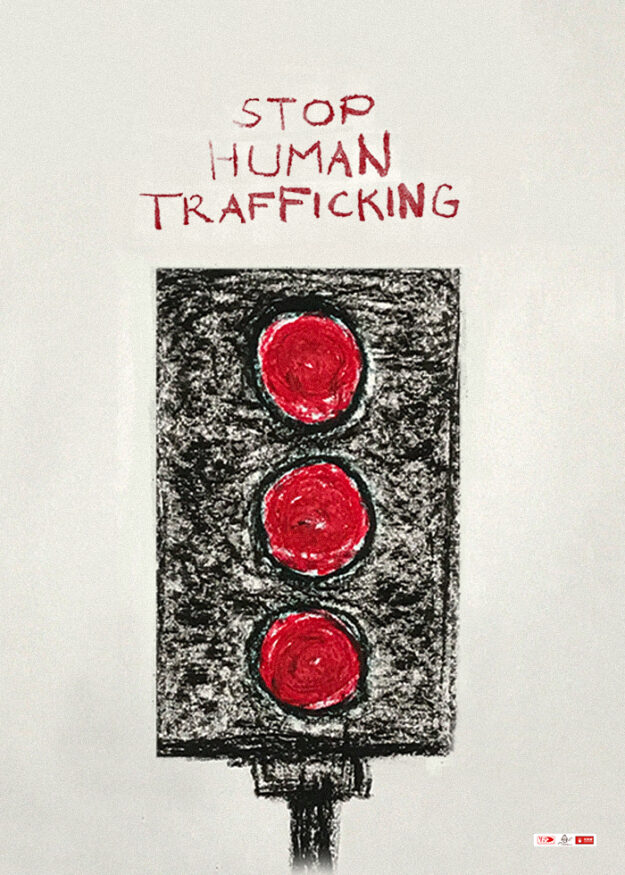 In traffic you can stop or you can pass. About human trafficking there are always red lights. Stop. 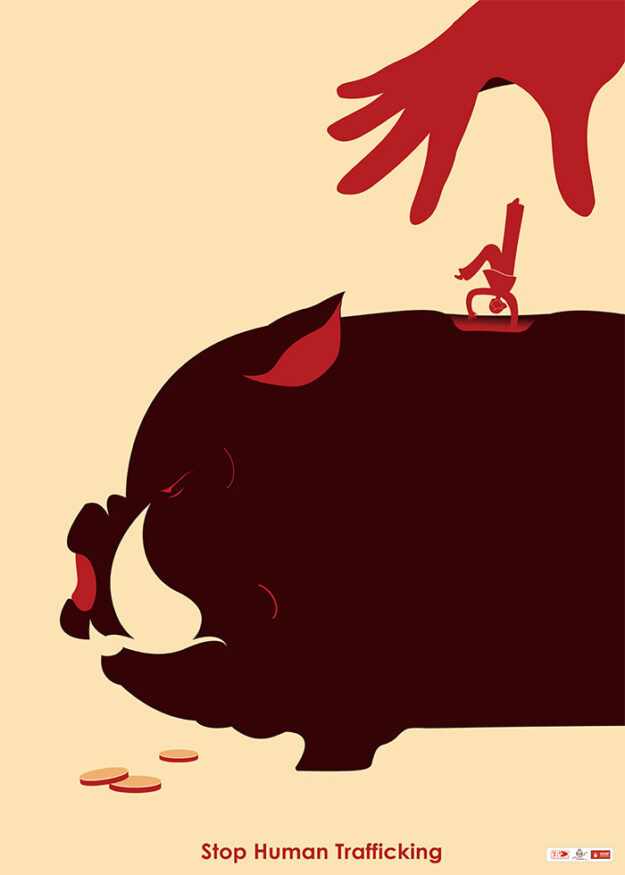 Combine the pig with the piggy bank. The evil pig represents a human trafficking group, constantly investing in people and turning them into money.

Human trafficking happens in our lives, but we haven’t noticed it. Just like braille, it’s not obvious if it’s looming, and it’s not easy to detect. It needs to be carefully felt to discover it. 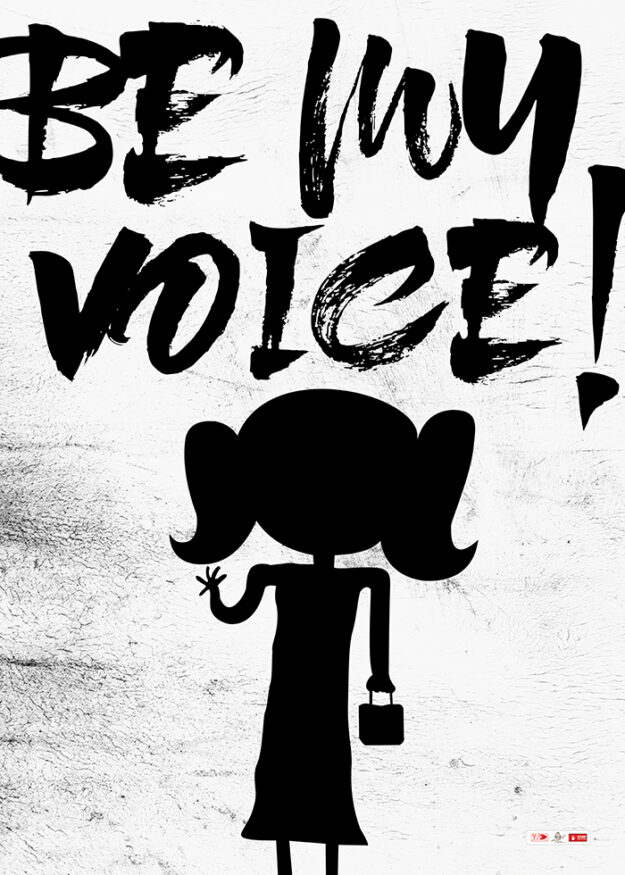 Be My Voice | Malaysia

Speak up for those who cannot speak for themselves and defend those who are helpless and have no hope. 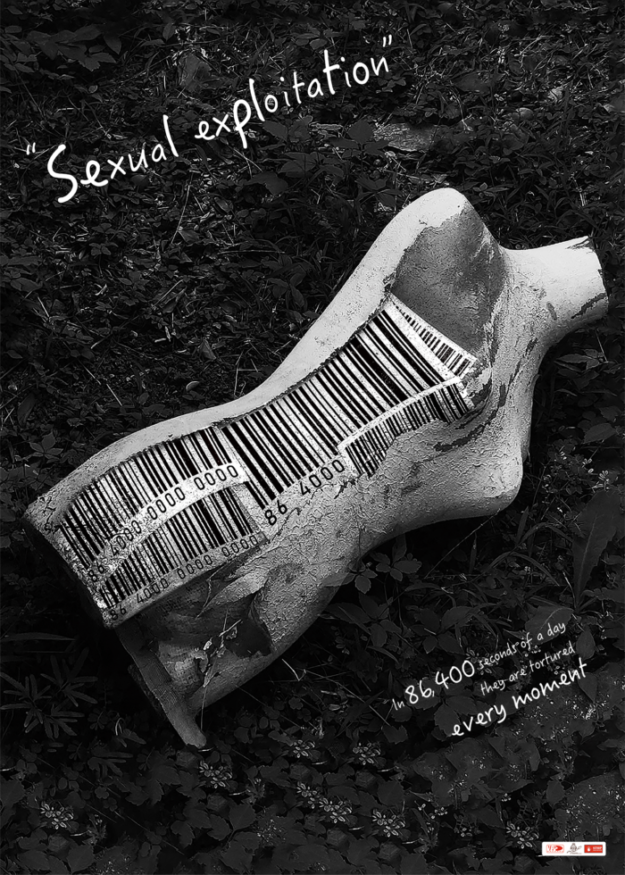 Regarding human trafficking, people’s eyes are full of disgust and hatred. Among them, “sexual exploitation” occupies the main part. This compulsive behavior makes vulnerable groups such as women more vulnerable to abuse. The incomplete model torso in the picture , Implying the tortured female body. Barcodes appeared on the damaged body, behind which there was the criminal act of “human trafficking”. The number “86400…” on the bar code implies that these women are tortured all the time during the 86400 seconds of the day.