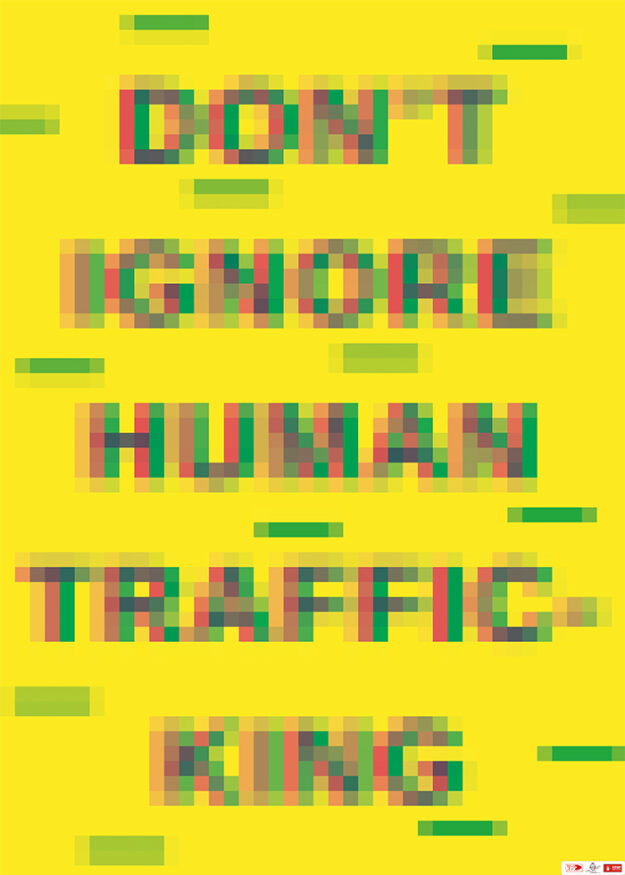 I showed on my poster that human trafficking is ignored 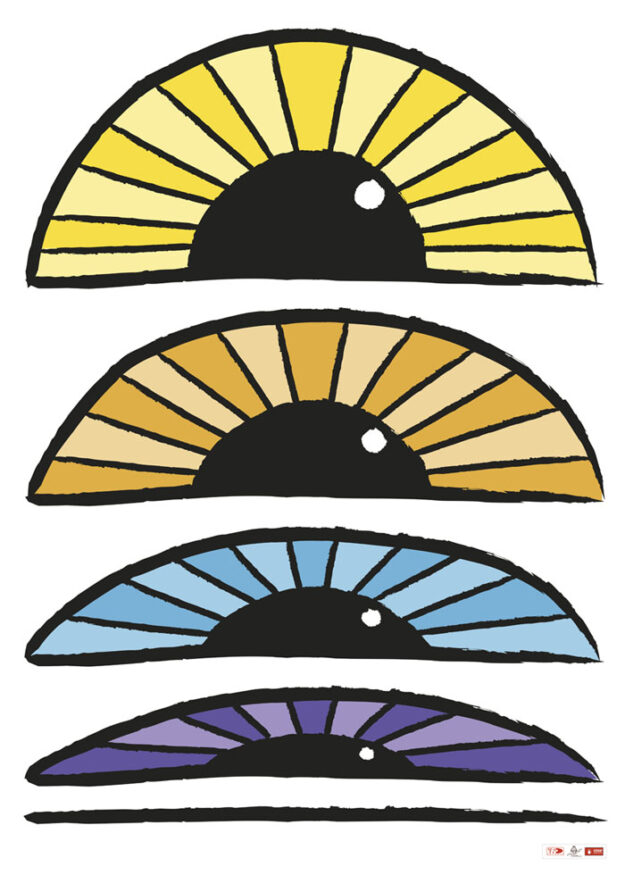 The concept of the poster was taken from the phrase “Soon as you blink another life ah get stolen” which belongs to the campaign’s music. The idea is to show the eye gradually closing at dusk which also comes down to the name of the song “Shadows after dark”, in the end the black line shows the end of a retired life that didn’t have time to recover, this would give an alert for everyone to be aware of this cause. 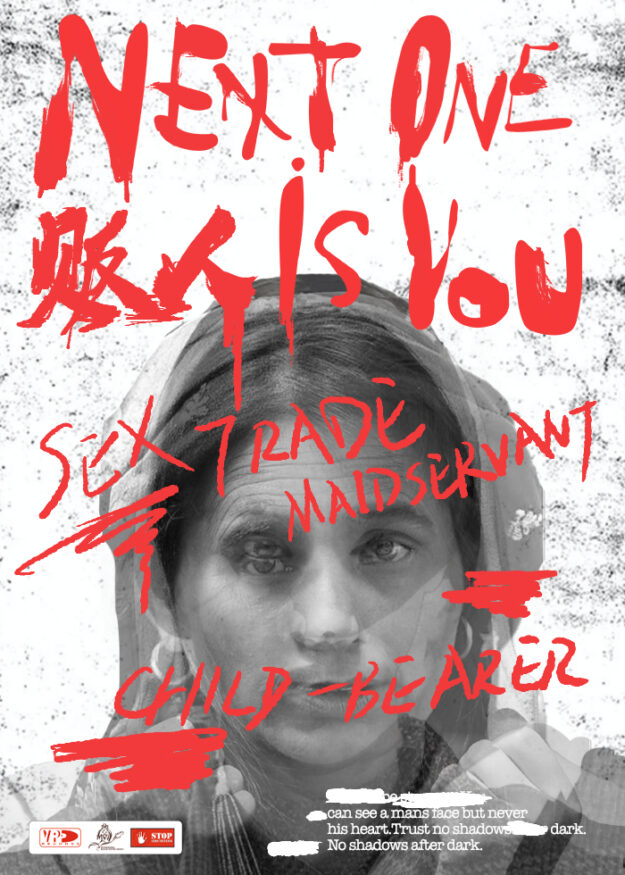 NEXT ONE IS YOU | China

If you are indifferent to the phenomenon of human trafficking, you could be next.Posters form an undifferentiated human face by superimposing the faces of trafficked persons. You can see your own reflection through the posters. If everyone does not pay attention to it, you may be the next trafficked person. 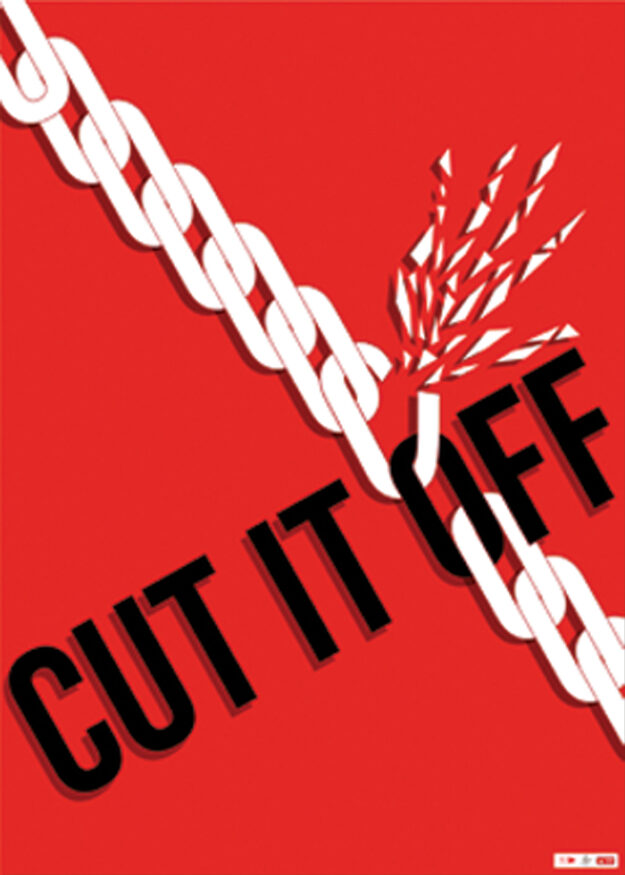 The Chains of Trafficking | United States

This piece seeks to bring awareness to the plight of victims of human trafficking by providing a call to action for the community. The slogan “Cut it Off’ is the result of research surrounding the routes by which victims are trafficked and the communities they come from. The imagery of a breaking chain is culturally synonymous with freedom where I come from. Choosing to integrate the hand-print symbolism of the Stop Human Trafficking campaign shows the viewer a clear path towards accomplishing the call to action: “Cut It Off”. 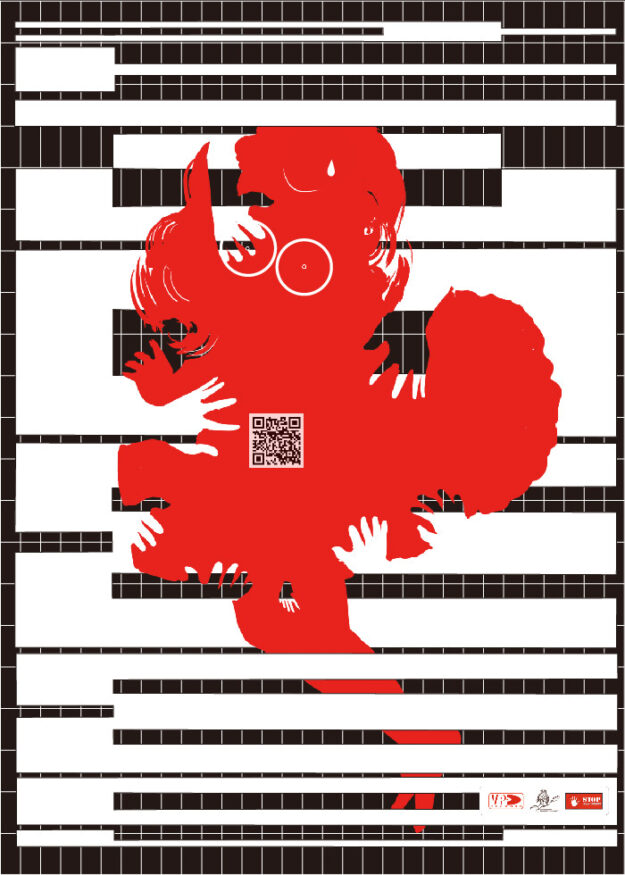 What is a commodity | China

For women who have been victimized by capital, are they really commodities?In our mind, what is the real commodity? 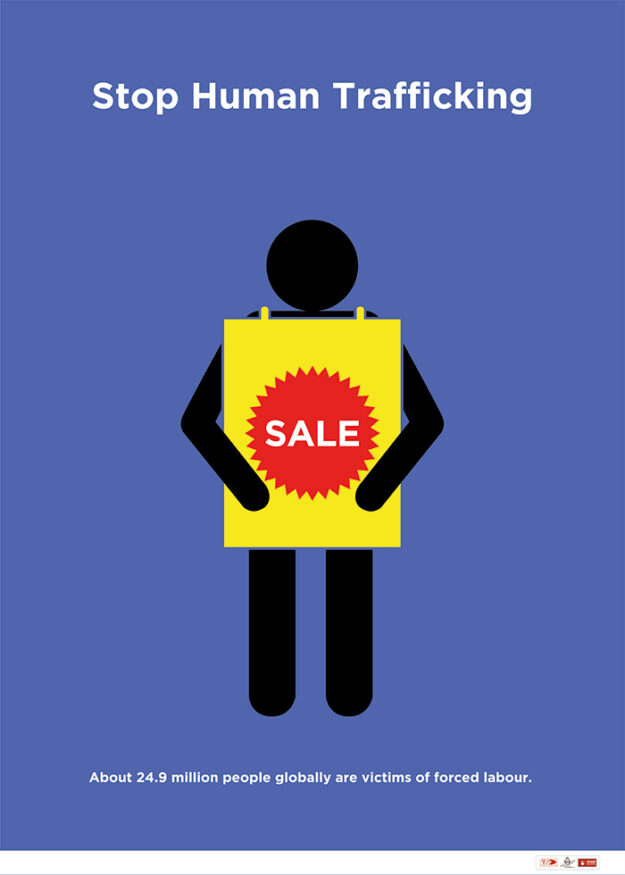 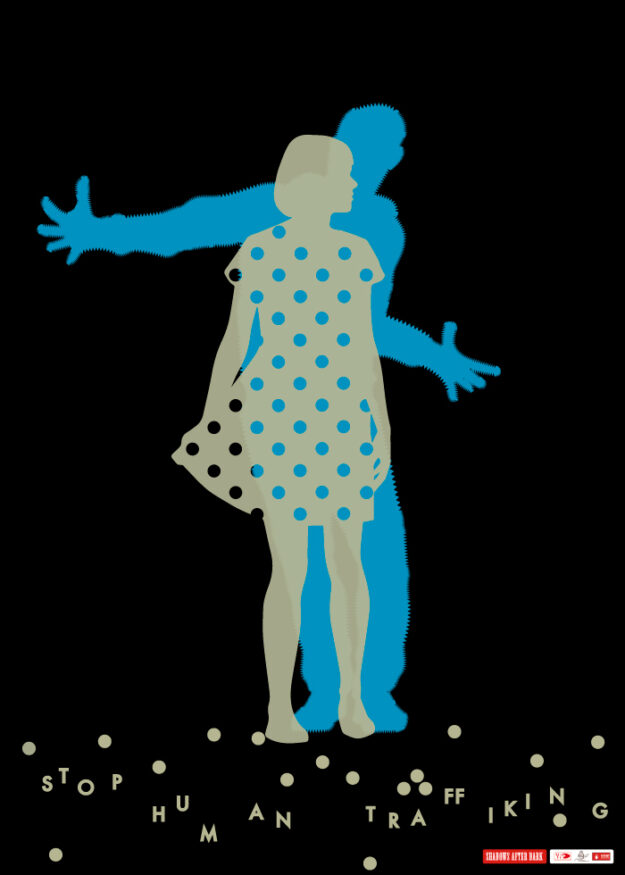 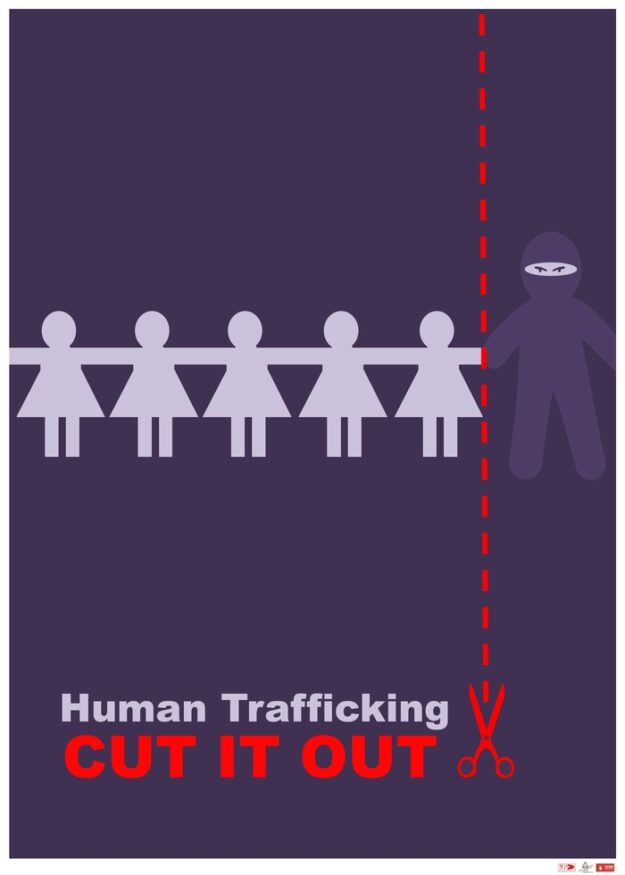 CUT IT OUT | Kenya

The goal of my poster is to communicate the urgency and vigilance needed to curb human trafficking. To this end, I used a visual and verbal play on the phrase “cut it out” as well as a minimalist design of a paper cut-out chain of girls with an odd figure looming at the end. The sinister figure almost blends into the poster’s background and this is a callback to the song “Shadows After Dark” as well as an allusion to the secret and vicious atrocity that is human trafficking for sexual exploitation. 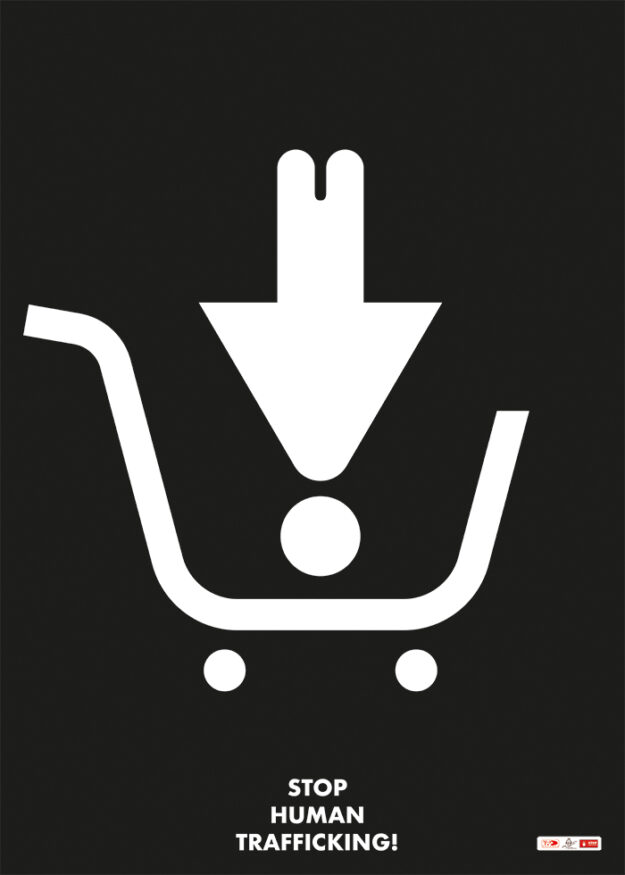 Man becomes a commodity in the marketplace. 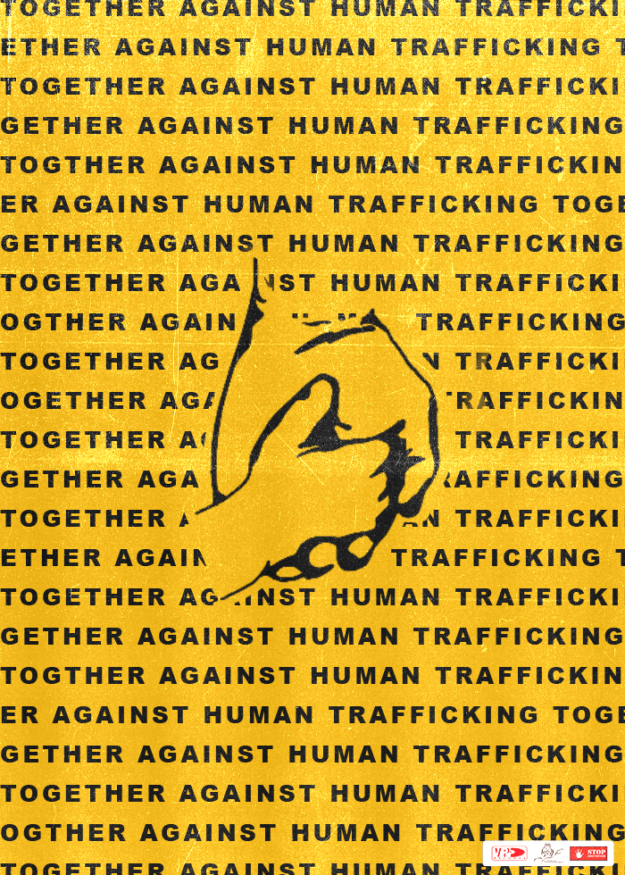 This poster represents that we are humans are worth more than a price, and that it is our resposibility to protect one another. The hands holding are meant to represent unity and protecting amongst a community, standing up against the horrors of human trafficking and showing how we are more than a commodity, or in this case “together against human trafficking.”