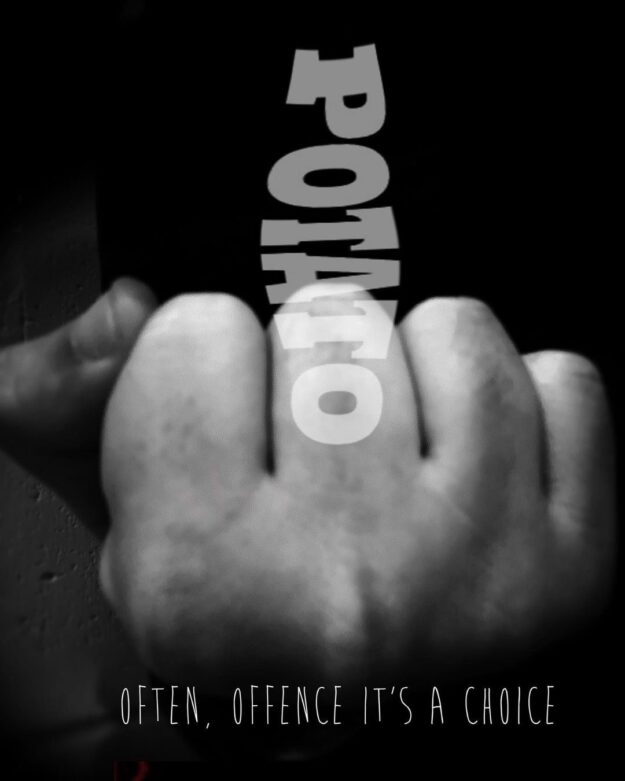 The nature of offence | Canada

“Freedom of speech gives us the right to offend others, whereas freedom of thought gives them the choice as to whether or not to be offended.”
Mokokoma Mokhonoana

“To be offended is a choice we make; it is not a condition inflicted or imposed upon us by someone or something else.”
David A. Bednar

***
We leave in a era where offence comes easy and it’s even more easily taken. This conceptual posters intent it’s on challenging the perception of whats an offence. Offence it’s always incorrect, but not always offence it’s as offensive as many perceive it. Making a choice for some to end up offended.
The posters give two choices to the viewer, one it’s seeing it as a whole and reaching the quick conclusion that it’s offensive. But if taken on it’s parts ( fist, non aggressive word) it has nothing offensive about it.
The posters goal it’s to challenge and question the viewer, on not just how on we perceive an offence, but also on the reasoning to reach such conclusions. All depends on what the viewer chooses to see.
The blue scraping represents the censure of lapis lazuli, that in the process of limiting the message or idea, makes it even more obvious and emphatic. By turning a non offensive idea censure in the process, turns it into something more open to be interpreted as such.

last year’s africa is a new place for sex tourism and new glory land for pedophilia. That why I want to pay attention for that big problem. 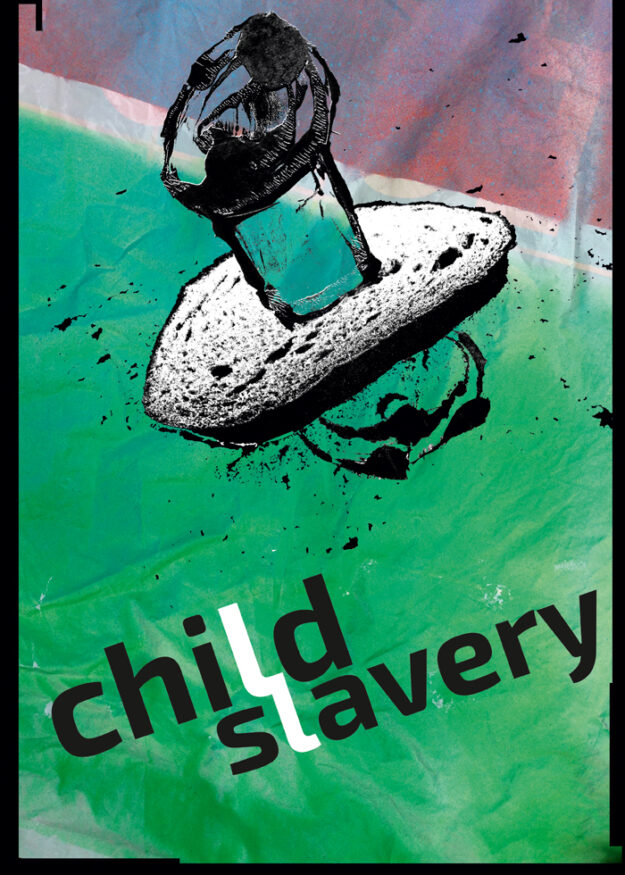 one day one daily bread 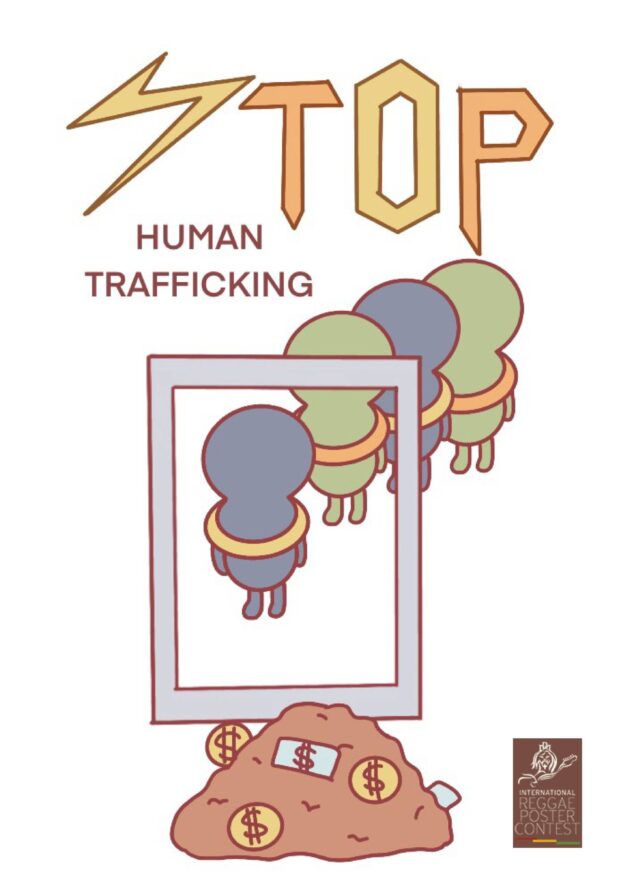 制止人口販運 | Congo, Democratic Republic of the

The overall color uses an unsaturated color system that silently implies the sadness of those victims. The blue used in the doll also has a sad meaning. 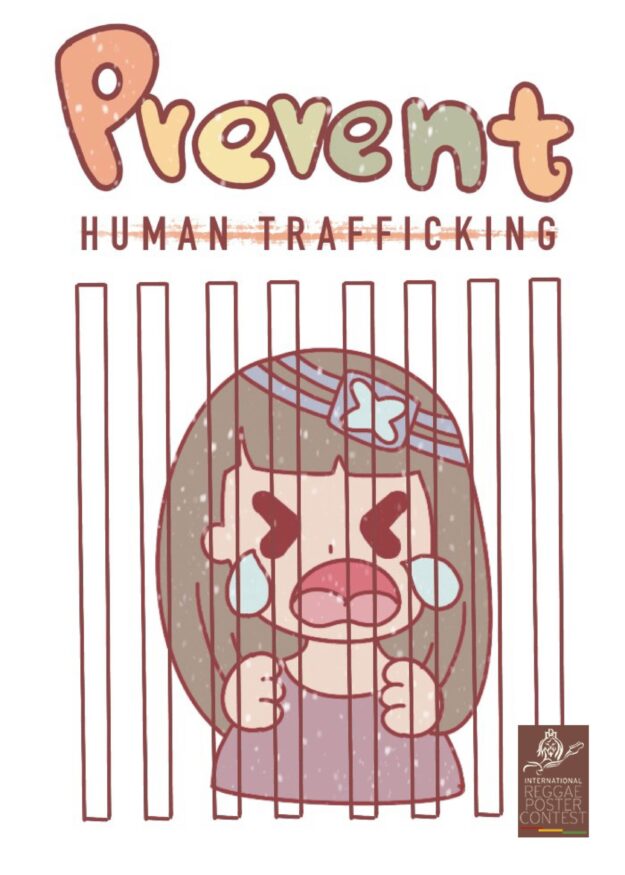 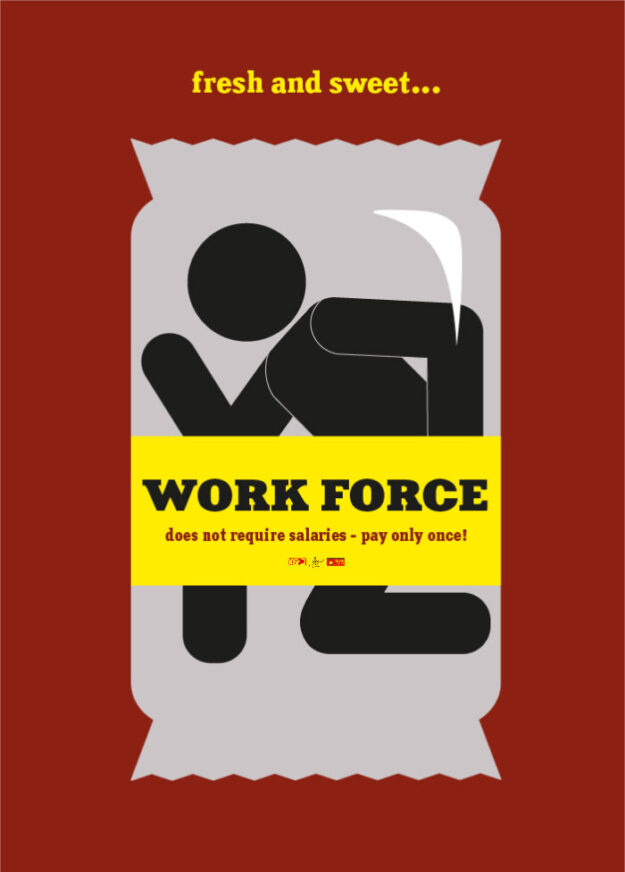 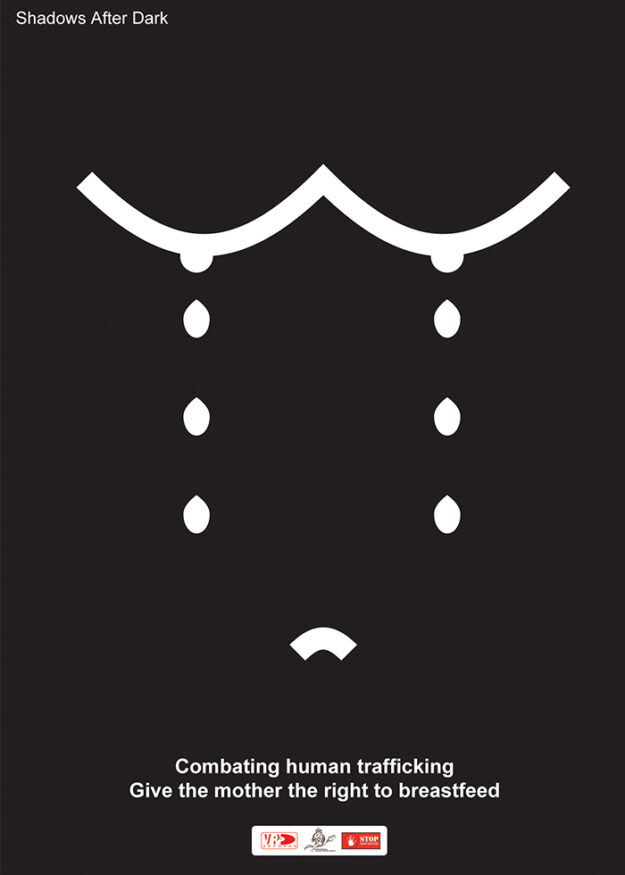 The pain of losing love | China

Combating human trafficking
Give the mother the right to breastfeed 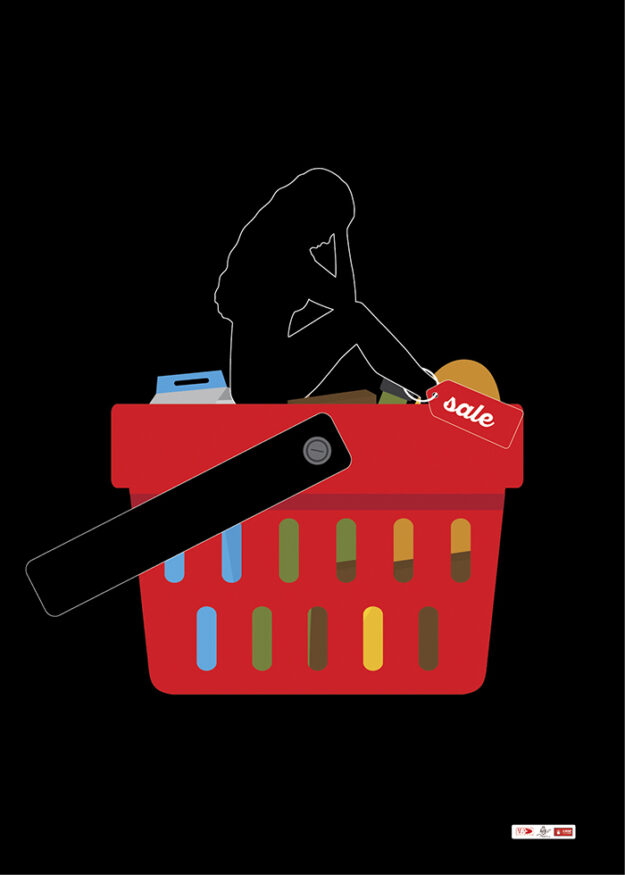 A woman, victim of human trafficking, an extra product in the shopping basket 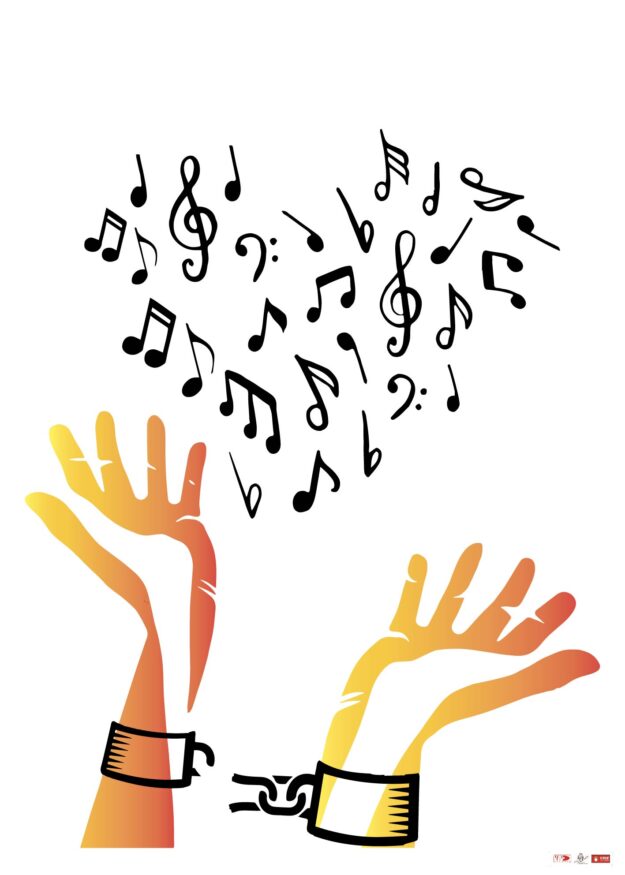 the power of music | Italy

Music with its power manages to break all barriers and bring freedom and happiness to the world.
With its strength it breaks the chains created by society and by all kinds of injustice.
The chains around the hands are broken by the music that is an explosion of life! 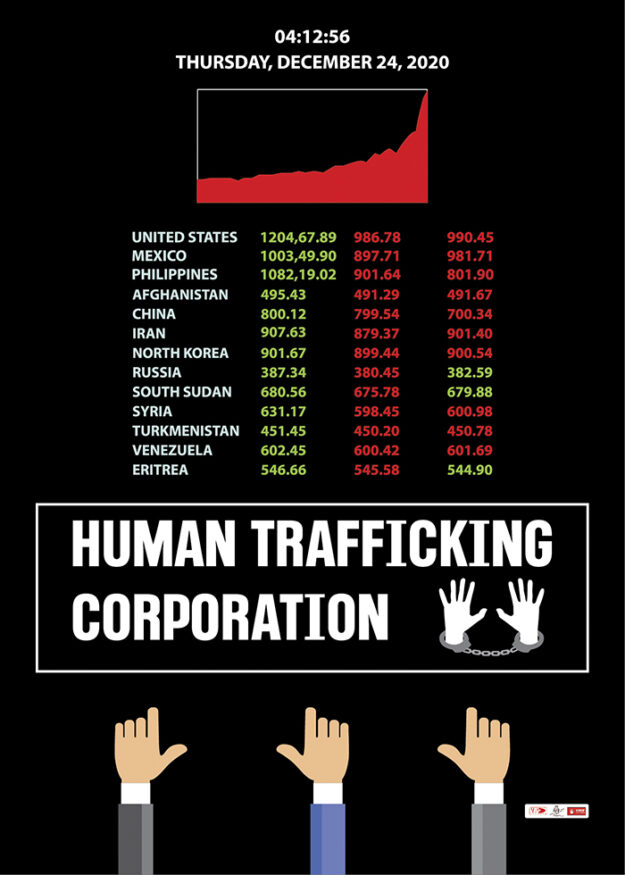 Human trafficking is the second most profitable illegal industry— second only to the drug trade. This poster refers to human trafficking as a corporation with its own logo, in stock exchange market, showing in the screen the top countries that have the highest rate of human trafficking.