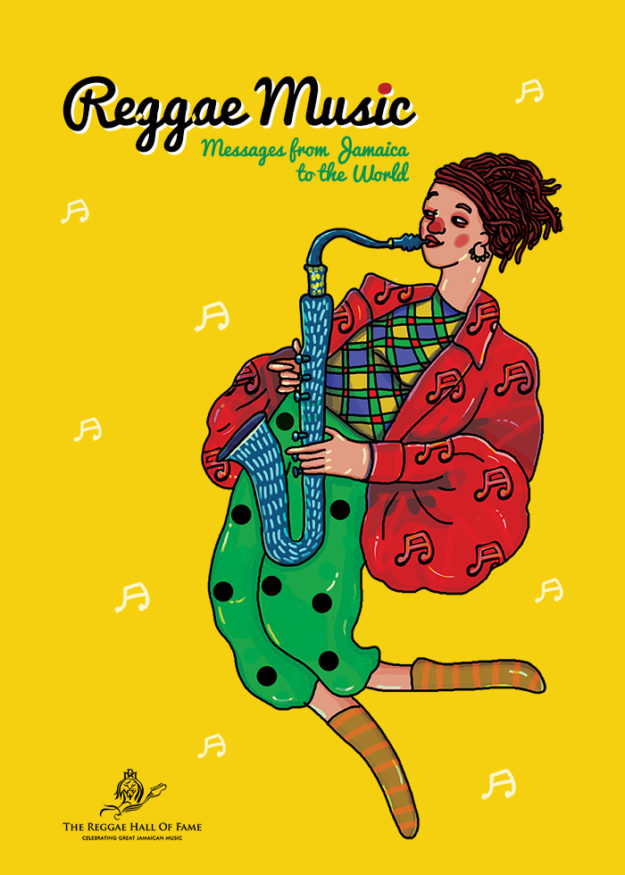 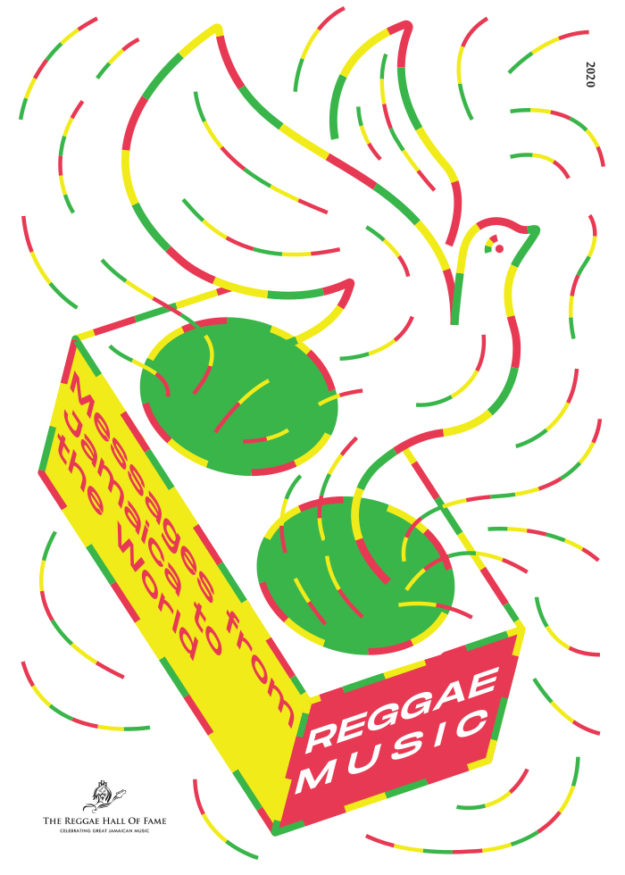 «Let’s live in peace, throw weapons away, there is enough violence»— It is the message of Jamaica to the world. Reggae music is not only for fun. Reggae is lifestyle, which describe the point of view to our life: try to be happy no matter how, be patient, be opened to other people. We live for this unique world, not for destroying it. 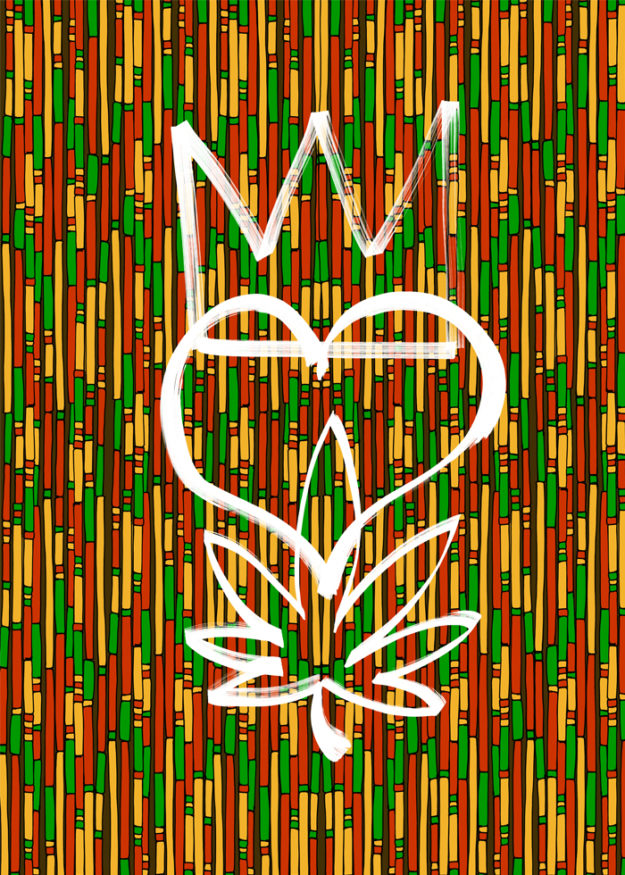 Over a powerful chromatic background with an African/dreadlock connotation, are drawn 3 signs: The crown represents the yellow, the African wealth, and the relation with Ethiopia and its beliefs. The heart represents the red, the blood, the love, the feeling, and the kindness. The marihuana leave represents the green, the nature, the rites, the reflexive character, and the spirituality. Reggae is music that makes our world better. It doesn’t matter what you look like, where you come from, what religion you follow, or the color of your skin; we’re all human beings and we can listen reggae music. 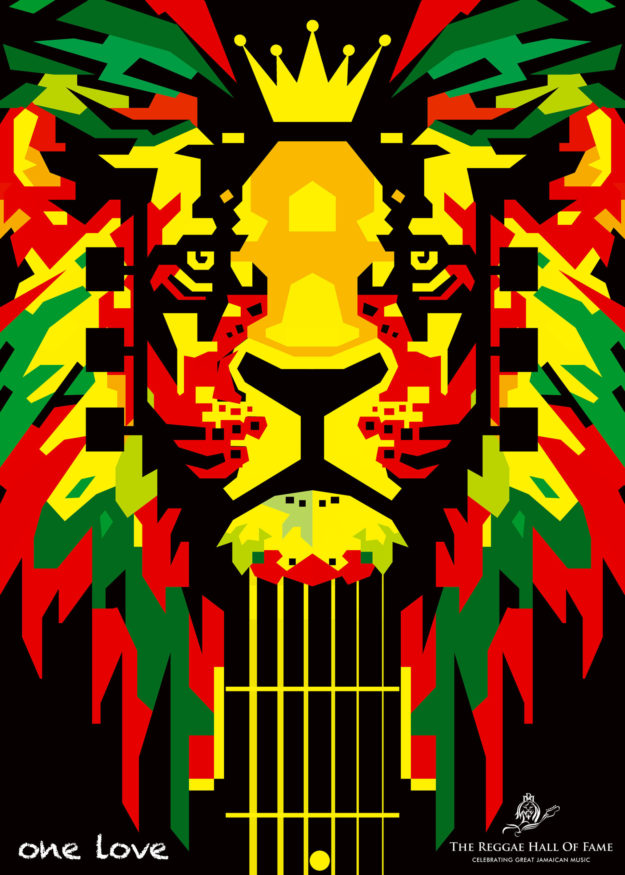 Designed with the combination of guitar head and lion king image of the main instrument of reggae music, the main color of Jamaica is the main color. To embody the core spirit of Reggae is happiness and freedom, to get rid of all man-made suffering and create a whole new world.
It is also in memory of Jamaican Bob Marley, the originator of reggae music. (One Love Peace Concert) concert, resolved a political storm and became a historic moment.
Reggae music also best embodies the spirit of Jamaica.
This music continues to sound just for all.
ONE LOVE! 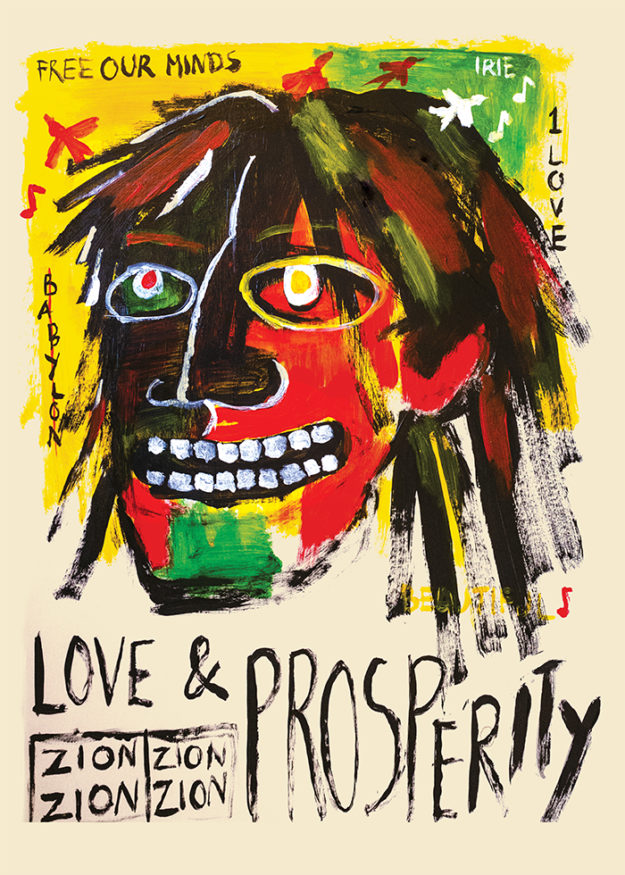 The brief asked for a poster design exploring how reggae and other Jamaican music impacted the world, and how it incited social and political change. Historically, reggae encompasses a notion of non-aggressive rebellion. Social and political injustices were called out and those being discriminated against could rally behind the music.

The poster employs a neo-expressionistic art style which captures the raw emotion of reggae, as well as the inherent authenticity. Neo expressionism also has a history of portraying themes of anti-establishment and protest. The loose depiction of Bob Marley acts as a figurehead for all of reggae. Marley was one of the most powerful individuals in the reggae scene, and played a part in bringing reggae and it’s message to the world. “Love and prosperity” was the phrase he used when uniting the two opposing UK political party leaders onstage. This is the truest example of reggae’s message and it’s power. Uniting people despite their differences. One love. 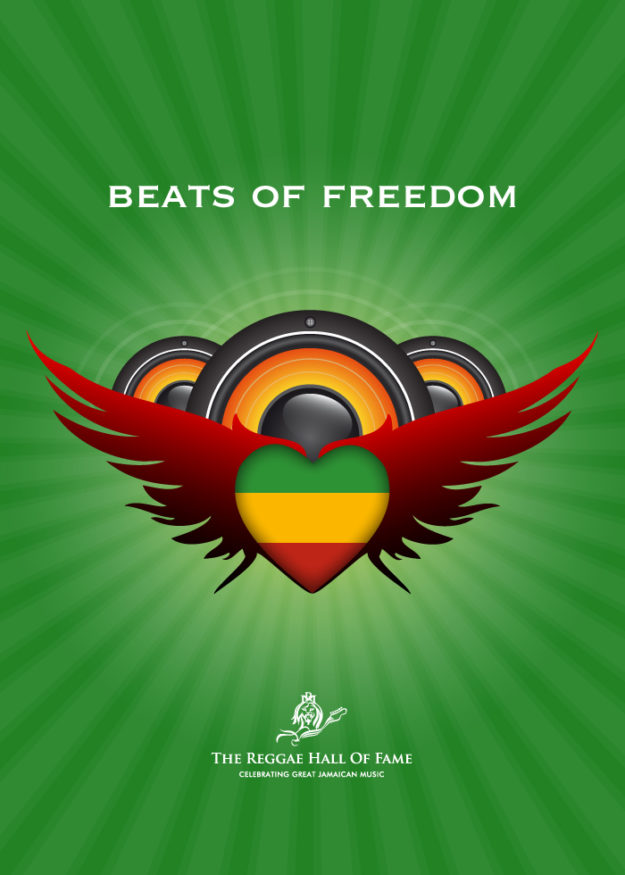 The feeling of freedom and peace, while we are listening the sounds of Reggae, is the concept for this poster. This is one of the many messages that the lyrics have in their songs, around the world is heard and felt. The desire for peace, freedom, protest for what is wrong, the passion of wanting to live in harmony with all characterize the culture of Reggae. 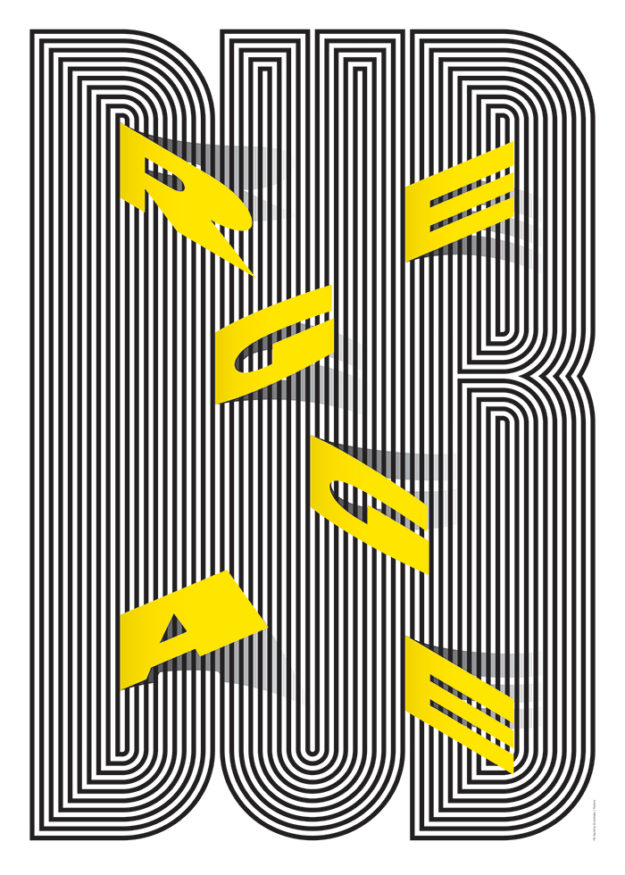 The poster is a visual reference to reggae dub music; to its space, depth and vibrations. Reggae – from Jamaica to the World | Vietnam

Reggae brings meaningful message through songs to the world