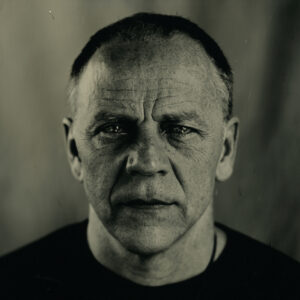 Mirko Ilic was born in Bosnia.

In Europe, he drew comics, illustrations, and art-directed posters, books, and record covers. In 1991 he became he became the art director of Time Magazine International Edition.  In 1992 he became art director of  the Op-Ed pages of the New York Times. In 1995 he established his firm Mirko Ilic Corp. His company designs for a wide range of clients, from pro bono organizations to the high luxury hospitality clients.

His work is in collections of institutions such as Smithsonian Museum, MoMA San Francisco and MoMA New York.

Co-author of the book The Design of Dissent with Milton Glaser.
And he is a co-author of 10 books with Steven Heller.

And now he teaches master’s degree illustration at the School of Visual Arts in New York.