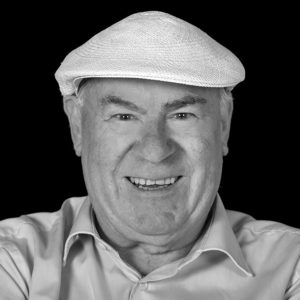 Niklaus Troxler born in Willisau/Switzerland in 1947. Studed Typography in Lucerne, then graphic design at the Art School of Lucerne. After studies Art Director in Paris.

Niklaus Troxler got the Swiss Federation Design Award and his posters got awarded 22 times as «Swiss Poster of the year». He won 2 Gold, 17 Silver and 30 Bronze Awards from the Art Directors Club of Switzerland. He won the ADC (Switzerland) Special Award in 2000. Many ADC of New York Awards, for exemple Silver and distinctive Merit Awards 2001 and many awarded works in the Tokyo and New York Type Directors Competitions.

From 1998 to 2013, he was professor at the State Academy of Art and Design in Stuttgart/Germany.

He is a  member of AGI (Alliance Graphique Internationale) since 1989.