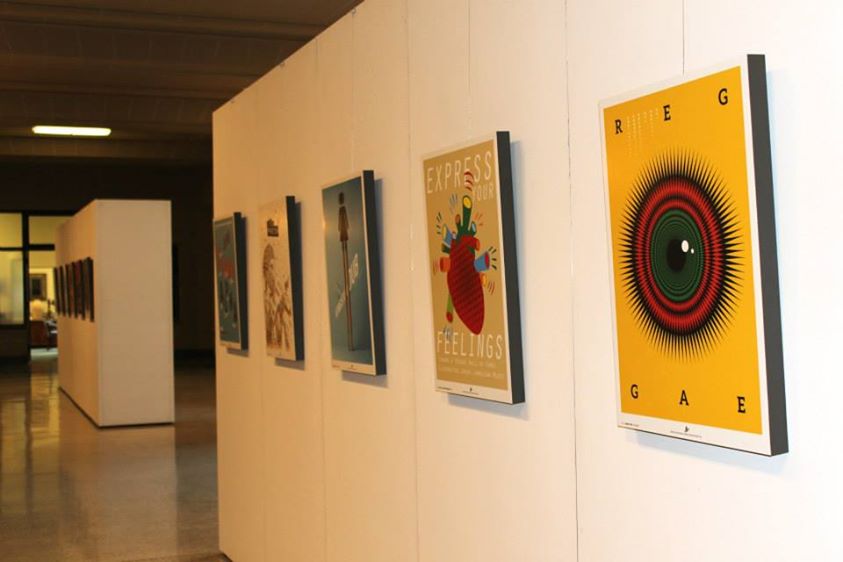 The International Reggae Poster Contest (IRPC) saw a record visitor turnout on the opening evening of the 7th World-A-Reggae poster exhibition. The exhibition, which will open until May 30, is a major exhibition of contemporary poster art by designers representing 20 countries.

The exhibition at the Organization of American States Headquarters (OAS) in Washington D.C. was a resounding success and far exceeded the expectations of the organizers. Many in the large gathering expressed their appreciation for the Reggae Hall of Fame vision with applause and encouragement. The exhibition was organized by the International Reggae Poster Contest (IRPC), the Arts Museum of the Americas (AMA), the OAS and the Jamaican Permanent Mission to the OAS. Since the inception of the IRPC two years ago, it has become a world-renowned contest, hailed for its outstanding reggae poster collection and innovative exhibitions. This exhibition clearly reflects the growth of the IRPC since it first called for submissions worldwide and the exposure that the contest’s exhibitions have been receiving ever since. 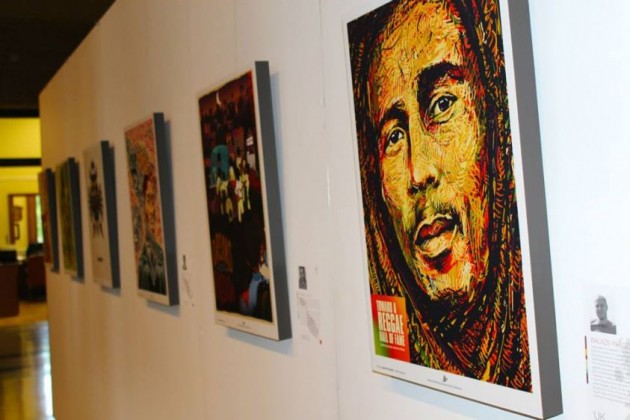 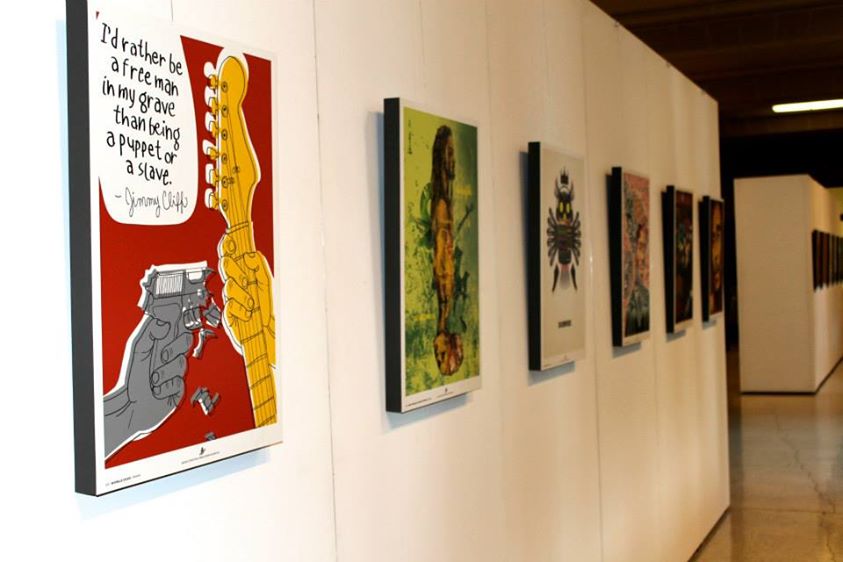 The 7th IRPC exhibition was initiated by Mr. Stephen Vasciannie, the Jamaican ambassador to the United States, with the generous support of Patricia Chin and VP Records with the assistance of the OAS and the Art Museum of the Americas (AMA). The IRPC organizers thanked Ms. Patricia Chin and her management team, Randy Chin, Richard Lew and Kecia Chin for making their corporate presence felt at the World-A-Reggae contemporary poster expo in the nation’s capital. The large audience seated and standing in the historic settings of the OAS grand hall were presented a contemporary reggae performance by the talented Japanese artist Anna I. She performed the instrumental version of “Truths and Rights” sang originally by Johnny Osbourne. 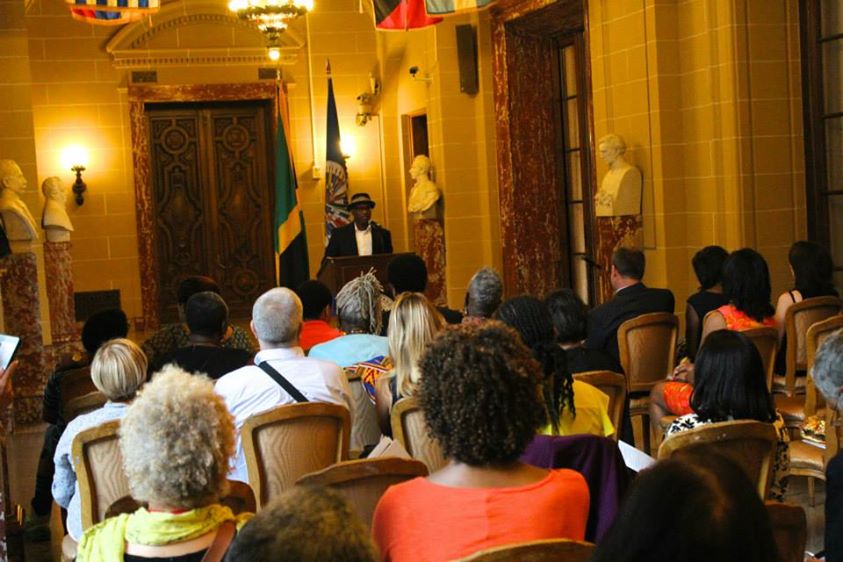 Michael Thompson, founder of OAS speaking about the vision and objectives of Intl. Reggae Poster Contest.

The IRPC also thanked Angela Lee and Chris Blackwell Jr. for providing Blackwell Rum to liven up the spirits. The contest organizers are delighted to be partnering with this premium Jamaican brand. The IRPC founders Maria Papaefstathiou and Michael Thompson have created a first class event of art and entertainment. Addressing the opening ceremony, founder Michael Thompson expressed gratitude to all the participants and the 22 international jury members and then talked about the essence of the IRPC and the vision behind the IRPC contest. The eloquent guest speaker Professor Carolyn Cooper of the University of The West Indies Mona Campus also spoke about the positive impact of reggae music on global culture and about the contest’s unique position for changing how reggae is perceived. 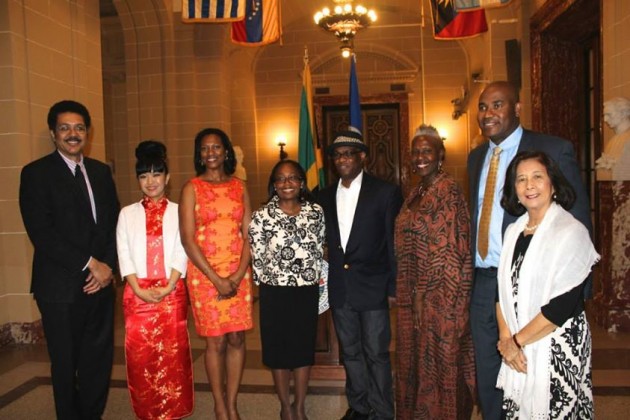 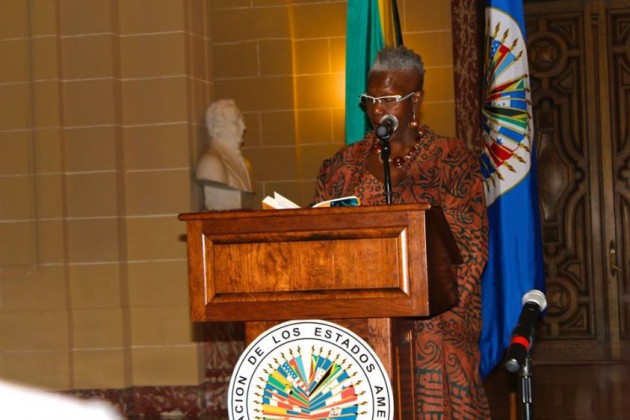 Professor Carolyn Cooper of the University of The West Indies Mona Campus, Editor of the book Global Reggae. 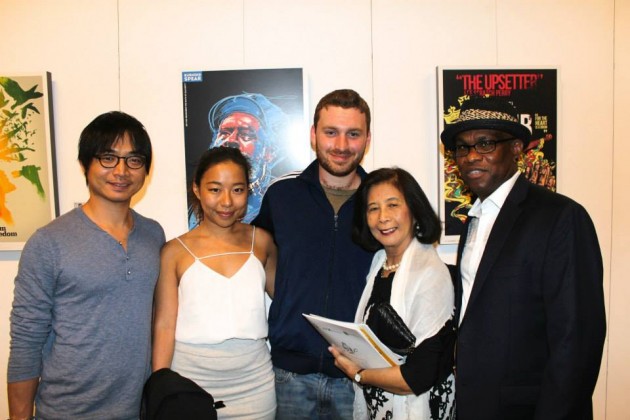 Actor Carl Bradshaw of “The Harder They Come” and “Dance Hall Queen,” now the spokesperson for Blackwell Rum, one of our sponsors, expressed clearly that “…these posters are a testimony to the relevance of the visual arts in celebrating the history of the music.” He also took interest in and pointed out the various countries represented and the messages of the posters. He noted, “This is an important eye opening narrative and movement.” Mr. Bradshaw travelled to Washington D.C. to celebrate with the IRPC at the OAS opening. Another pioneer in the reggae music business, Patricia Chin of VP Records, pointed out the power of the contest’s ability to use reggae visualization as a vehicle to inspire us. A natural magnet to bring people together and mentioned how easily it transcends culture and the limitation of spoken language. The IRPC exhibitions is the perfect platform to spread the message of the Reggae Hall of Fame Vision. 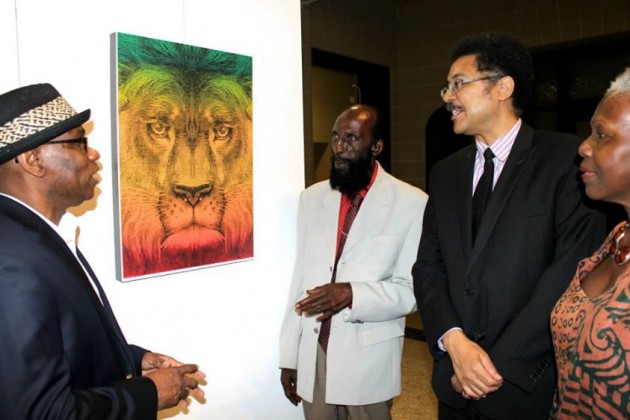 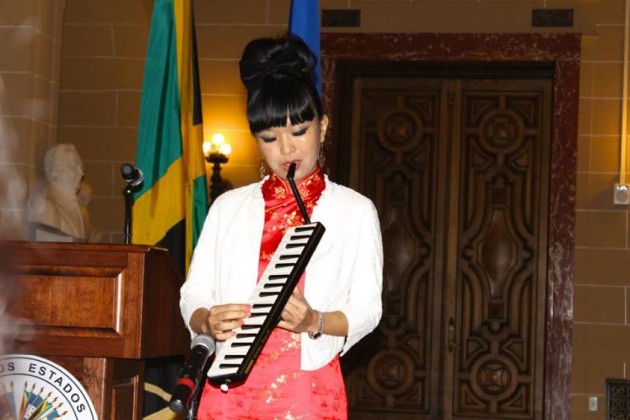 Additionally, the Director of the AMA, Mr Andrés Navia, and his dedicated team of curators and exhibit designers, Fabian Goncalves Borrega, and Jonathan Goldman, curated a powerful presentation with their signature clean narrative that fits perfectly in the elegant Marcus Garvey Hall of Culture. It was a wonderful collaboration and a first class exhibition. The AMA’s goal is to enrich and invigorate our cultural life by bringing the best of modern art from around the world including art from OAS member states, and the IRPC has expressed gratitude for this opportunity. The exhibition coordination was organized by Julia Hyatt, Minister/Alternate Representative, Permanent Mission of Jamaica to the OAS.

The extraordinary opening, set inside the magnificent architecture of the historic Pan-American Union Building across from the Washington Mall, was supported by a record visitor turnout with over 250 people attending. 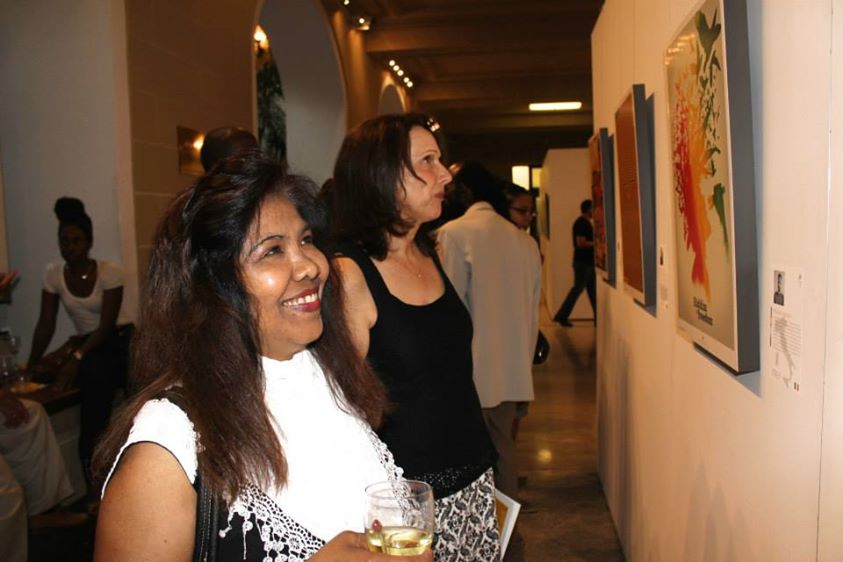 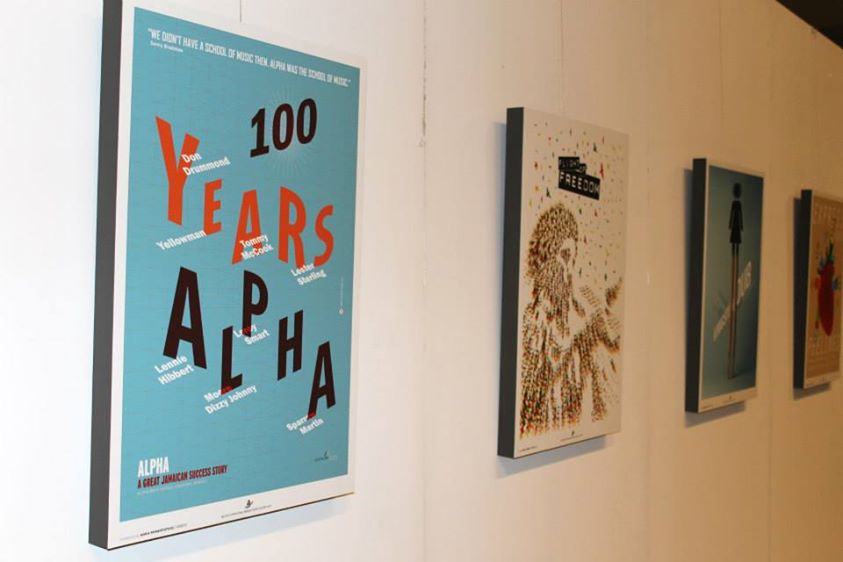 The Positive Vibration Festival of Reggae hosted The Art of Reggae exhibition for the 3rd time in a row
July 8, 2018

The portuguese ministry of justice sent to all the prisons an invitation to participate this contest. The directress of the prison of Braga asked me if I was interested in participate. I quickly accepted because I am a teacher of arts and I have goal in this project. These kind of projects are very important because they sensitize the prisoners for the signification of the art in our days. This theme is very popular in our society. Mainly because Bob Marley is a idol and a inspiration to my st… END_OF_DOCUMENT_TOKEN_TO_BE_REPLACED