IRPC 2012, First 3 winners on display at the Rototom Sunsplash in Spain 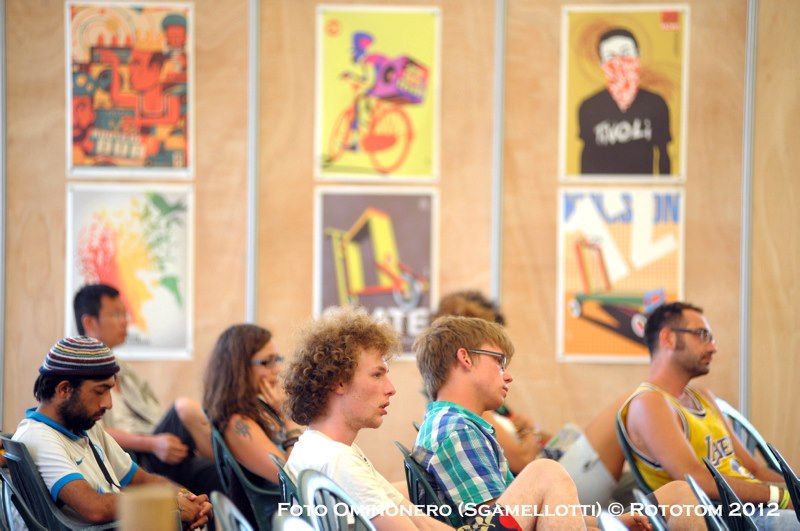 Reggae Camp 2012 The University will host the exhibition of posters from 50 years of reggae music of Jamaican graphic designer Michael ‘freestylee’ Thompson Artist Without Borders, whose sales will go to the Alpha Boys School, Kingston reform school founded in nineteenth-century music as a major player in the formation of their students. Its role has also been instrumental in the emergence and evolution of reggae, bringing great musicians like Desmond Dekker, Rico Rodriguez, and Johnny Osbourne Skatalites, the two last on the bill of Rototom 2012.
The exhibition will also include 3 posters Poster contest winners Reggae Contest 2012: Alon Braier (Israel), Zafer Lehimler (Turkey), Rosario Nocera (Italy). More info: http://www.rototomsunsplash.com

IRPC donates 20 posters to the Bob Marley Foundation in Kingston
May 11, 2015

The portuguese ministry of justice sent to all the prisons an invitation to participate this contest. The directress of the prison of Braga asked me if I was interested in participate. I quickly accepted because I am a teacher of arts and I have goal in this project. These kind of projects are very important because they sensitize the prisoners for the signification of the art in our days. This theme is very popular in our society. Mainly because Bob Marley is a idol and a inspiration to my st…