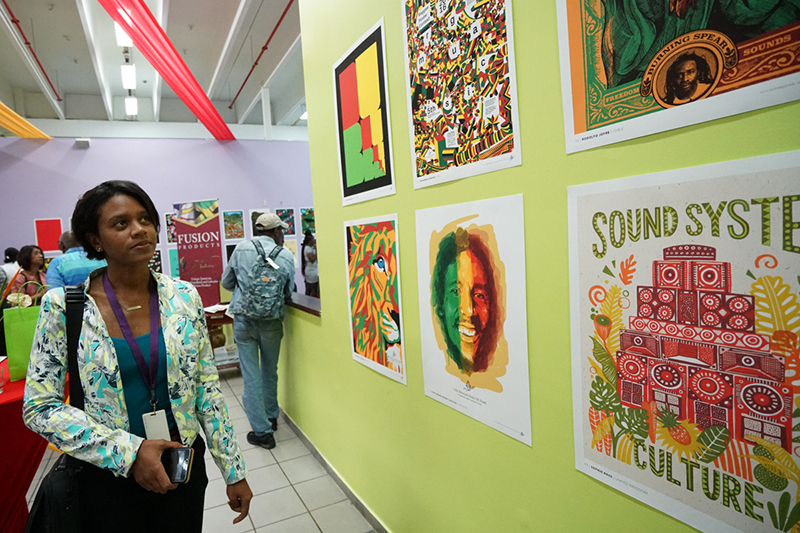 MBJ Airports, operator of Jamaica’s leading gateway to the world, Sangster International Airport, transformed the western wing of the ticketing area into a public gallery on Friday 17 November for the 20th Art of Reggae Exhibition.
The well-attended opening was held together with an awards ceremony celebrating the winners of the International Reggae Poster Contest and winners of MBJ’s Artisan’s Competition, TCP and Aundrey Wilson, whose crafts will be available for sale in select boutiques at the airport. MBJ also officially unveiled its new logo at the event.
“We are initiating a new phase of development and what we are aiming for is to make this airport part of the experience of all the visitors in Jamaica, and part of that experience involves the appreciation of Jamaican art,” said MBJ Airports CEO Rafael Echevarne at the event.

The 20th Art of Reggae Exhibition featured the top 100 posters selected from 1,270 entries submitted by 748 graphic designers representing 75 nations spanning the globe. The winning submissions will become part of the airport’s permanent collection. They can be viewed online at www.reggaepostercontest.com.
The brainchild of late Jamaican graphic designer Michael “Freestylee” Thompson, the International Reggae Poster Contest was launched in 2012 in collaboration with Greek graphic designer Maria Papaefstathiou. “The idea of the contest is to show how powerful the impact of reggae music is all over the world,” commented Dane Thompson, son of the late Jamaican artist in his remarks at the event. “My dad’s vision was to gather artwork from all over the world and show people that reggae music isn’t just in Jamaica,” Thompson added.

The International Reggae Poster Contest engages reggae fans by providing a platform for artistic expression that celebrates the universal appeal of Jamaican music and culture. Thompson and Papaefstathiou established the contest to heighten Jamaica’s musical presence internationally by engaging the international art community and to campaign for a world-class Reggae Hall of Fame in Kingston while raising support for the Alpha Boy’s School.
“It is this acknowledgement of what reggae has achieved and the need to share the international testimony that led us to launch this contest,” said Maria Papaefstathiou at the event. “Reggae is not just a Jamaican music anymore; it belongs to the whole world,” Papaefstathiou said. 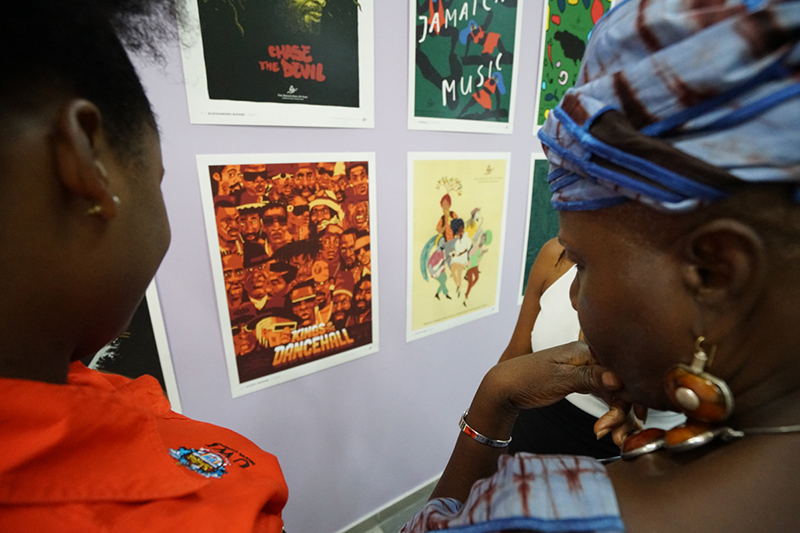 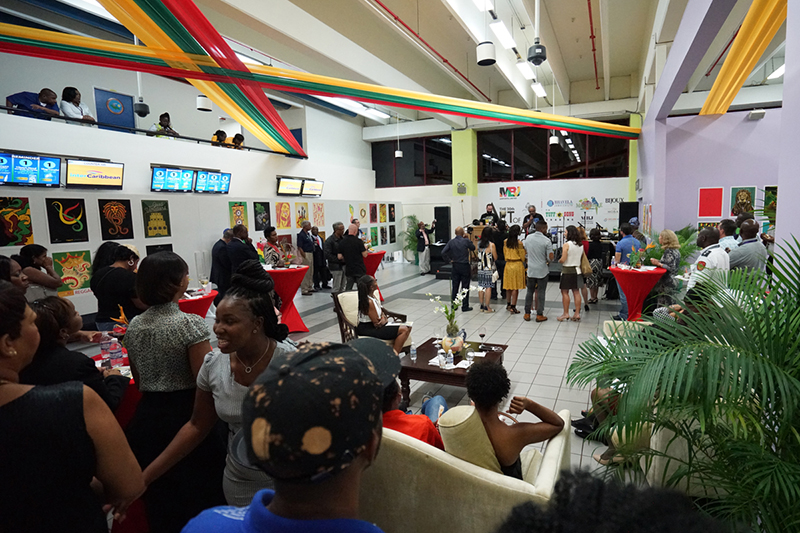 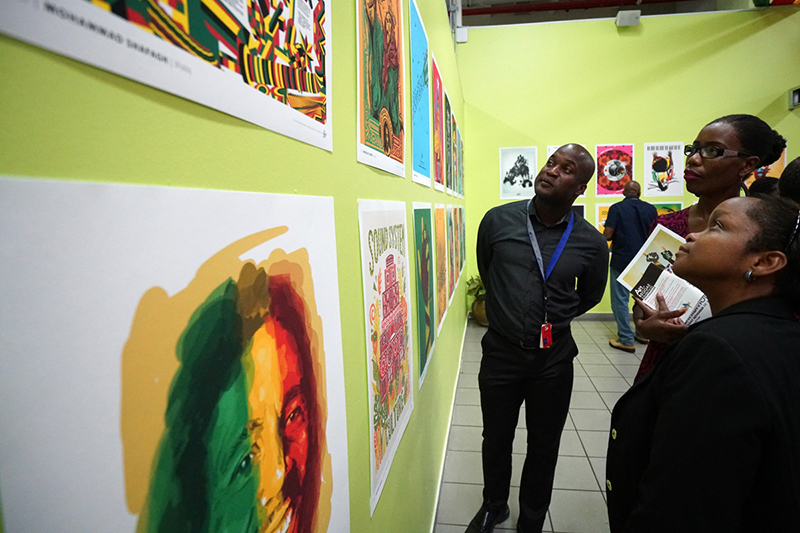 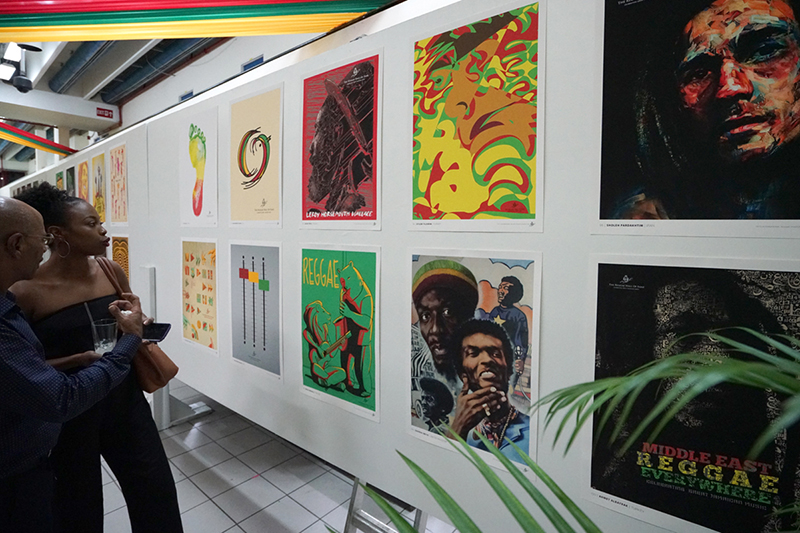 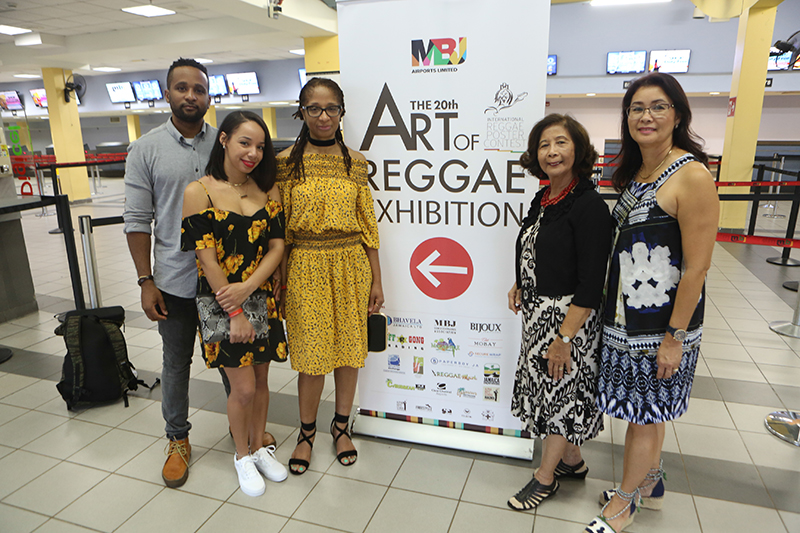 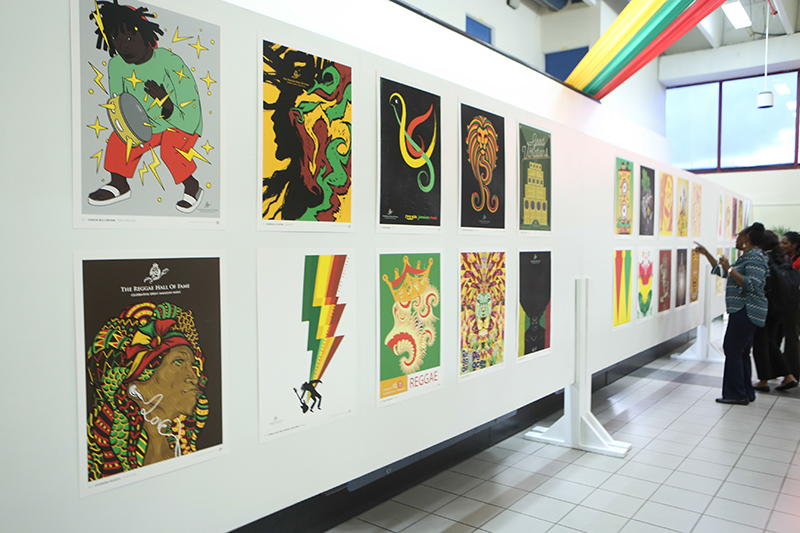 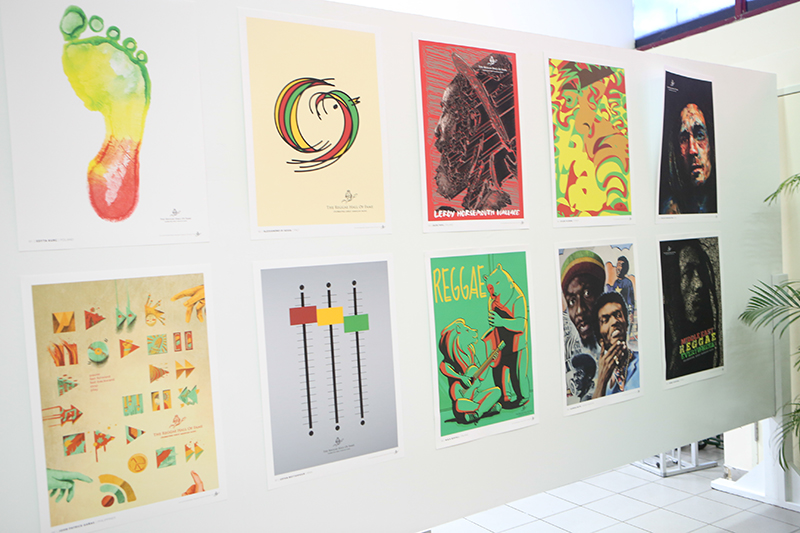 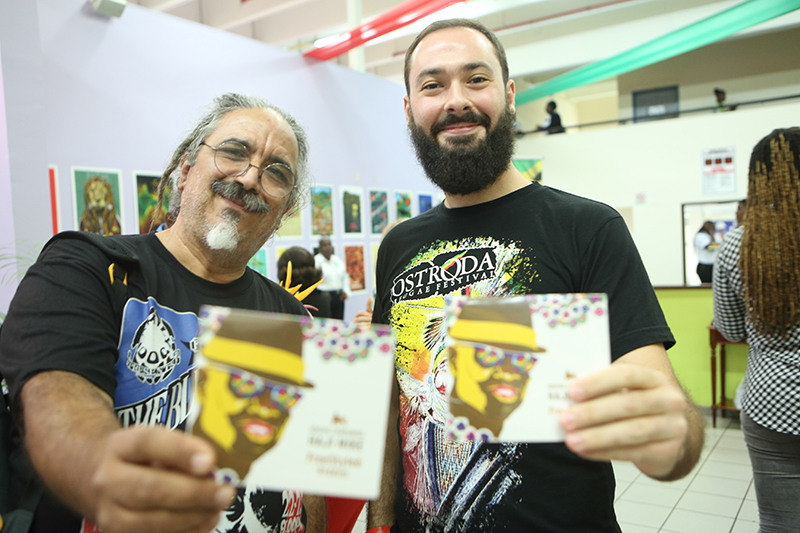 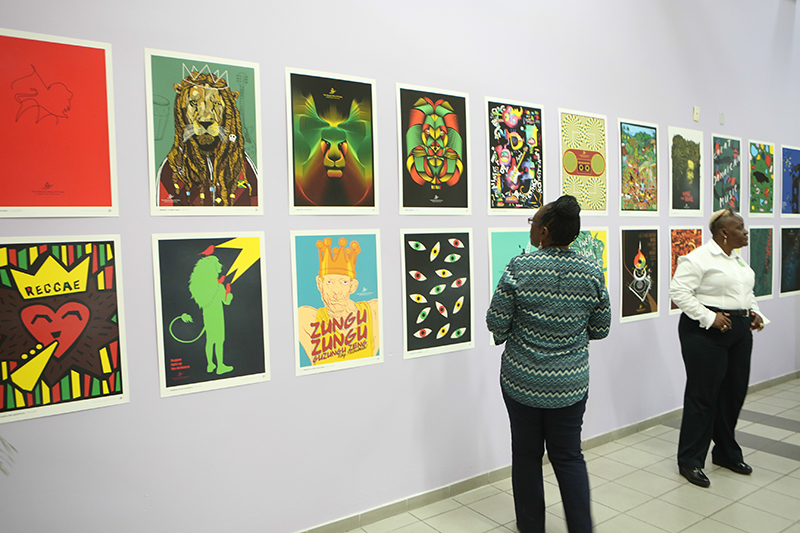 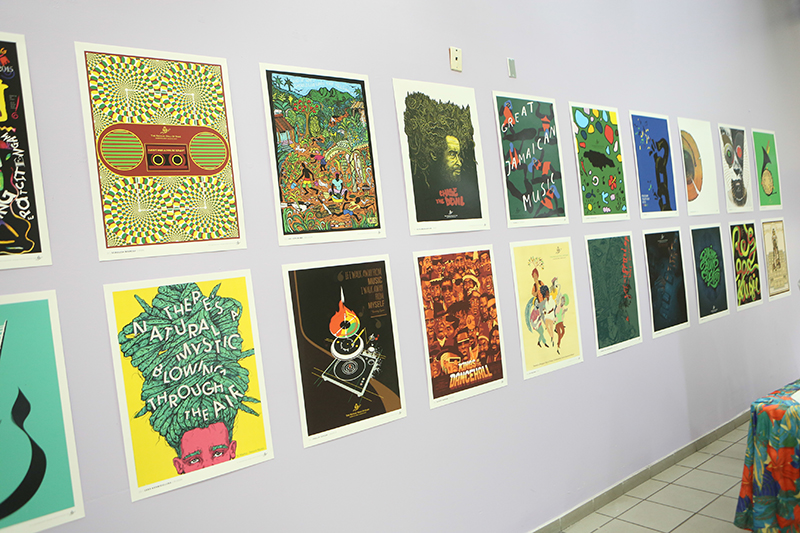 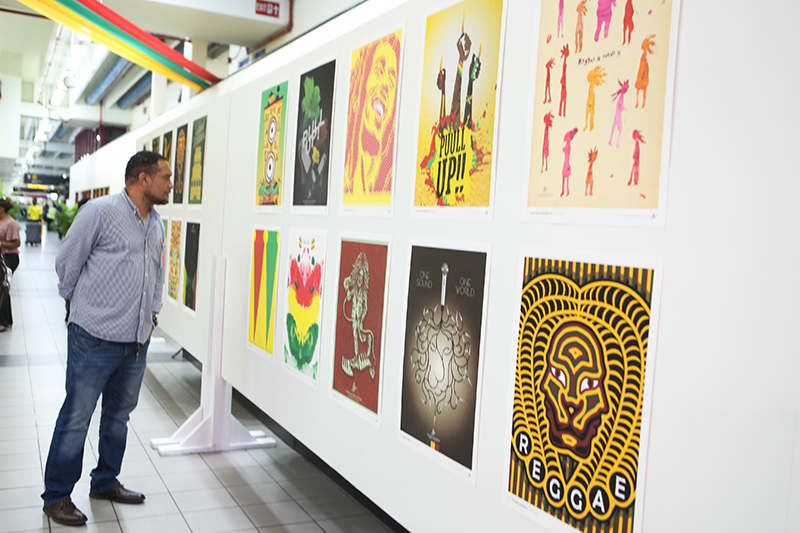 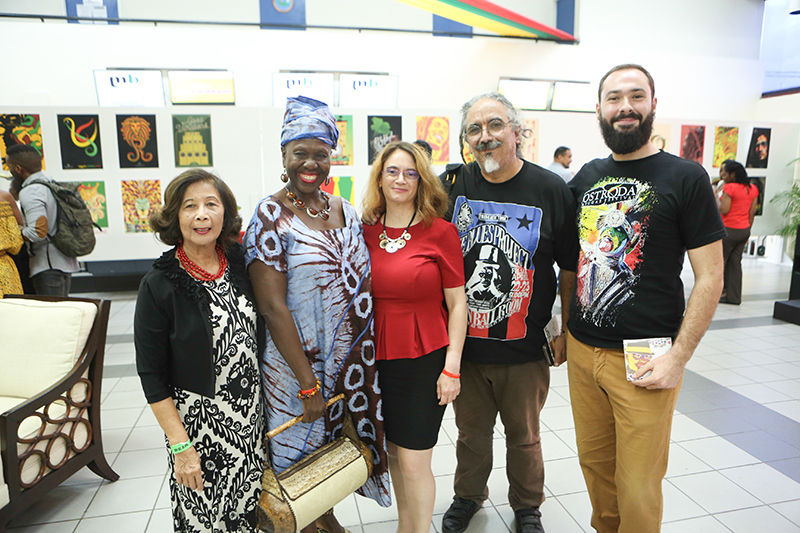 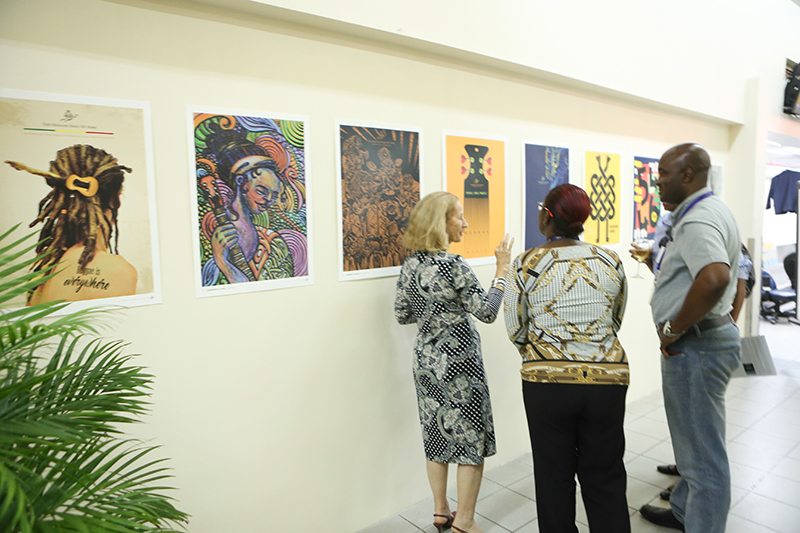 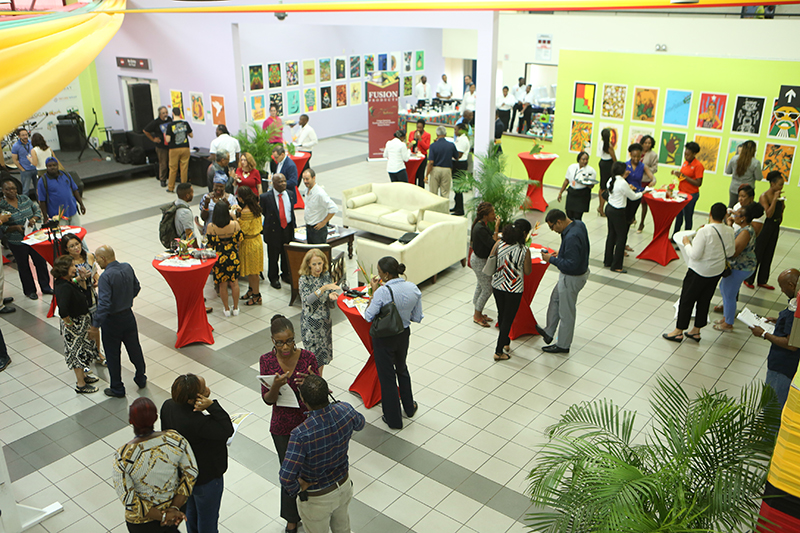 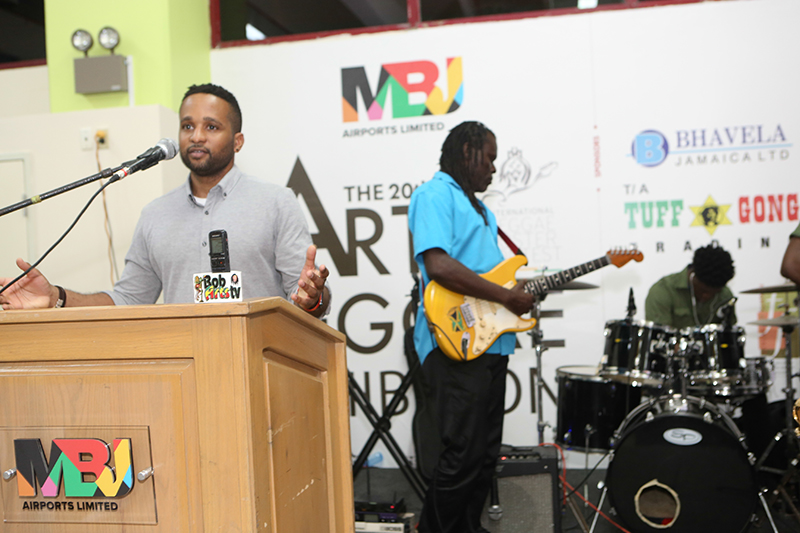 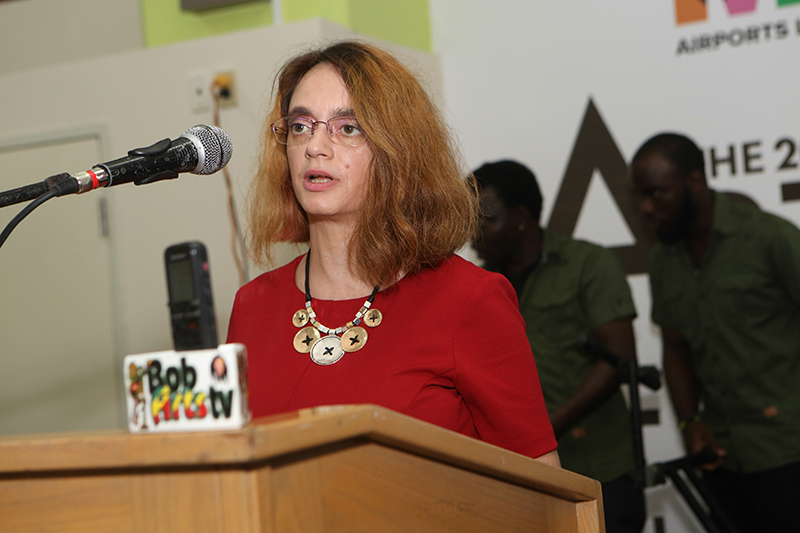 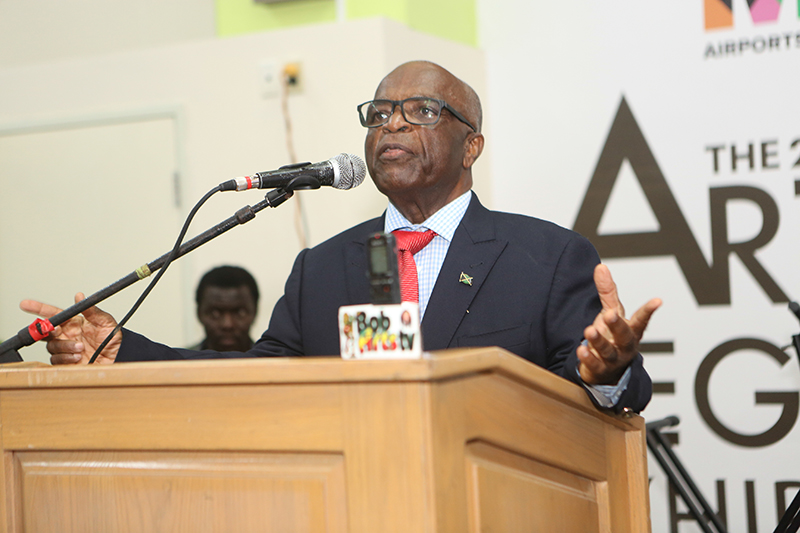 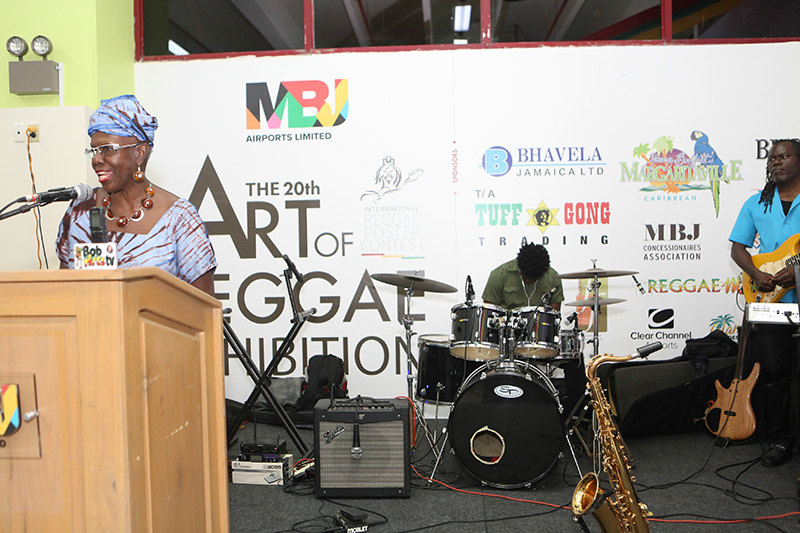 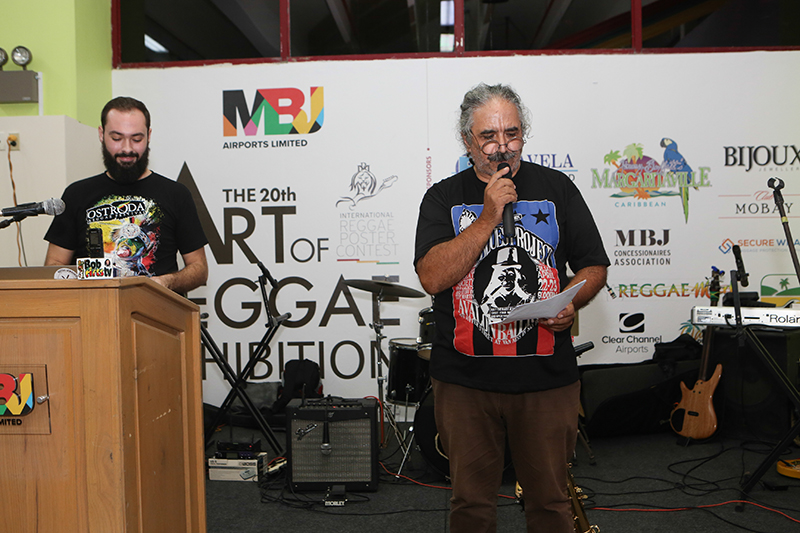 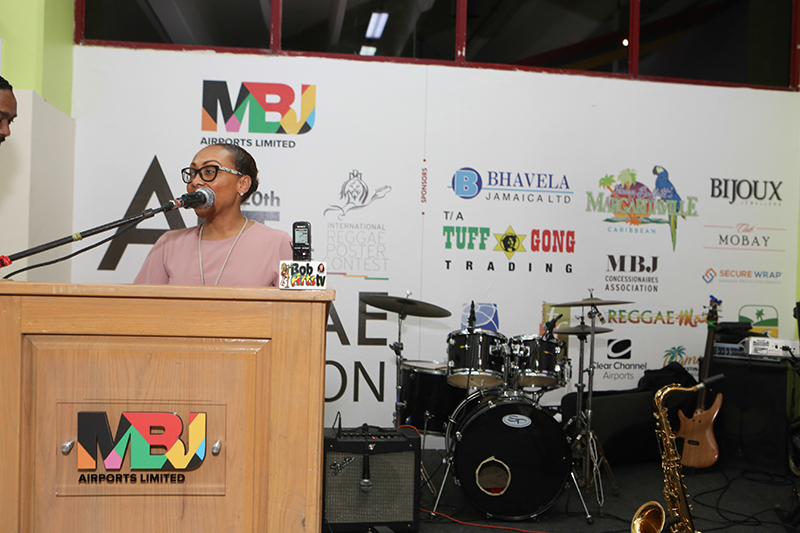 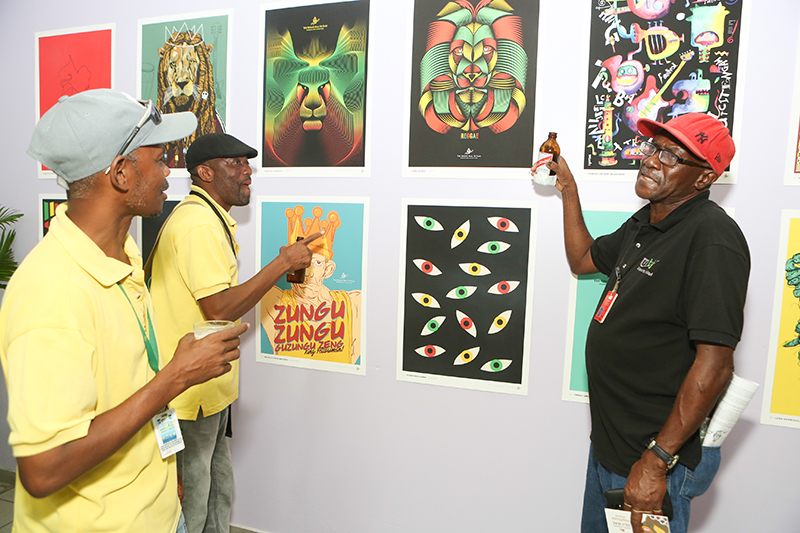 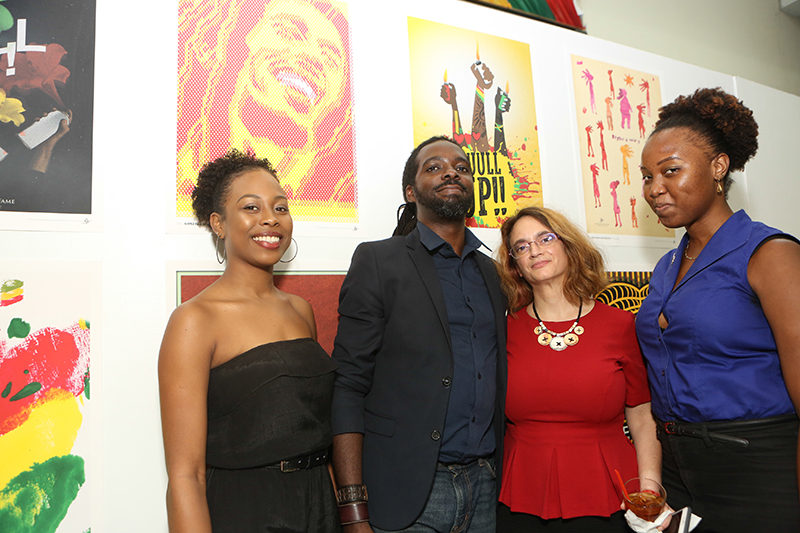 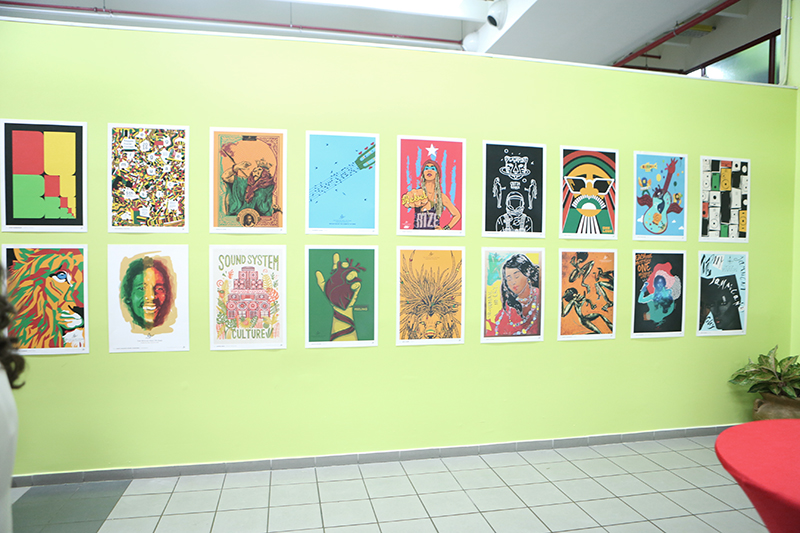 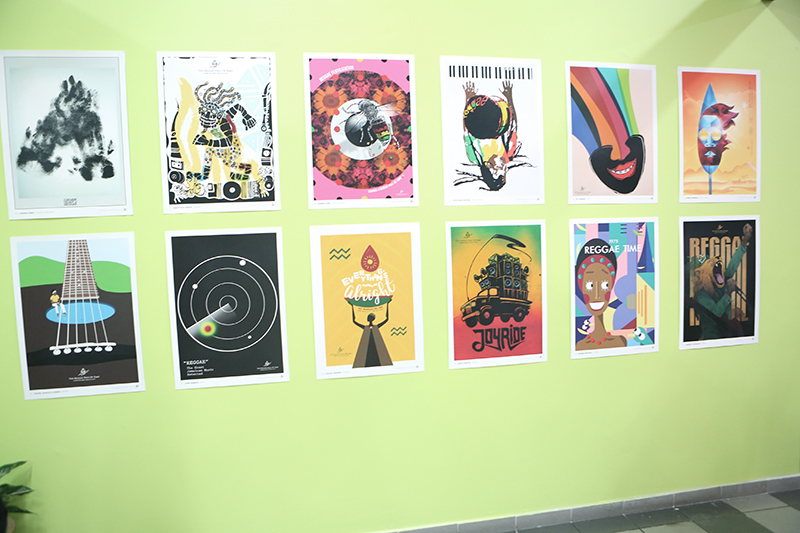 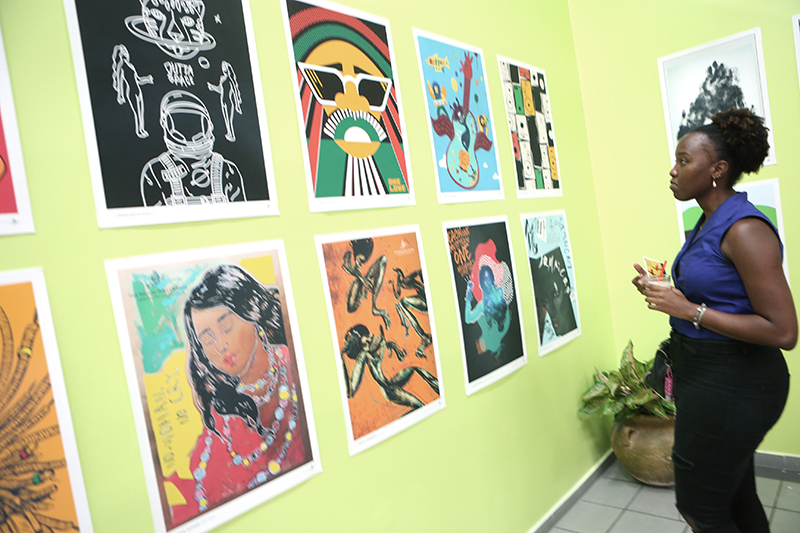 The Positive Vibration Festival of Reggae hosted The Art of Reggae exhibition for the 3rd time in a row
July 8, 2018
Testimonials

The portuguese ministry of justice sent to all the prisons an invitation to participate this contest. The directress of the prison of Braga asked me if I was interested in participate. I quickly accepted because I am a teacher of arts and I have goal in this project. These kind of projects are very important because they sensitize the prisoners for the signification of the art in our days. This theme is very popular in our society. Mainly because Bob Marley is a idol and a inspiration to my st… END_OF_DOCUMENT_TOKEN_TO_BE_REPLACED