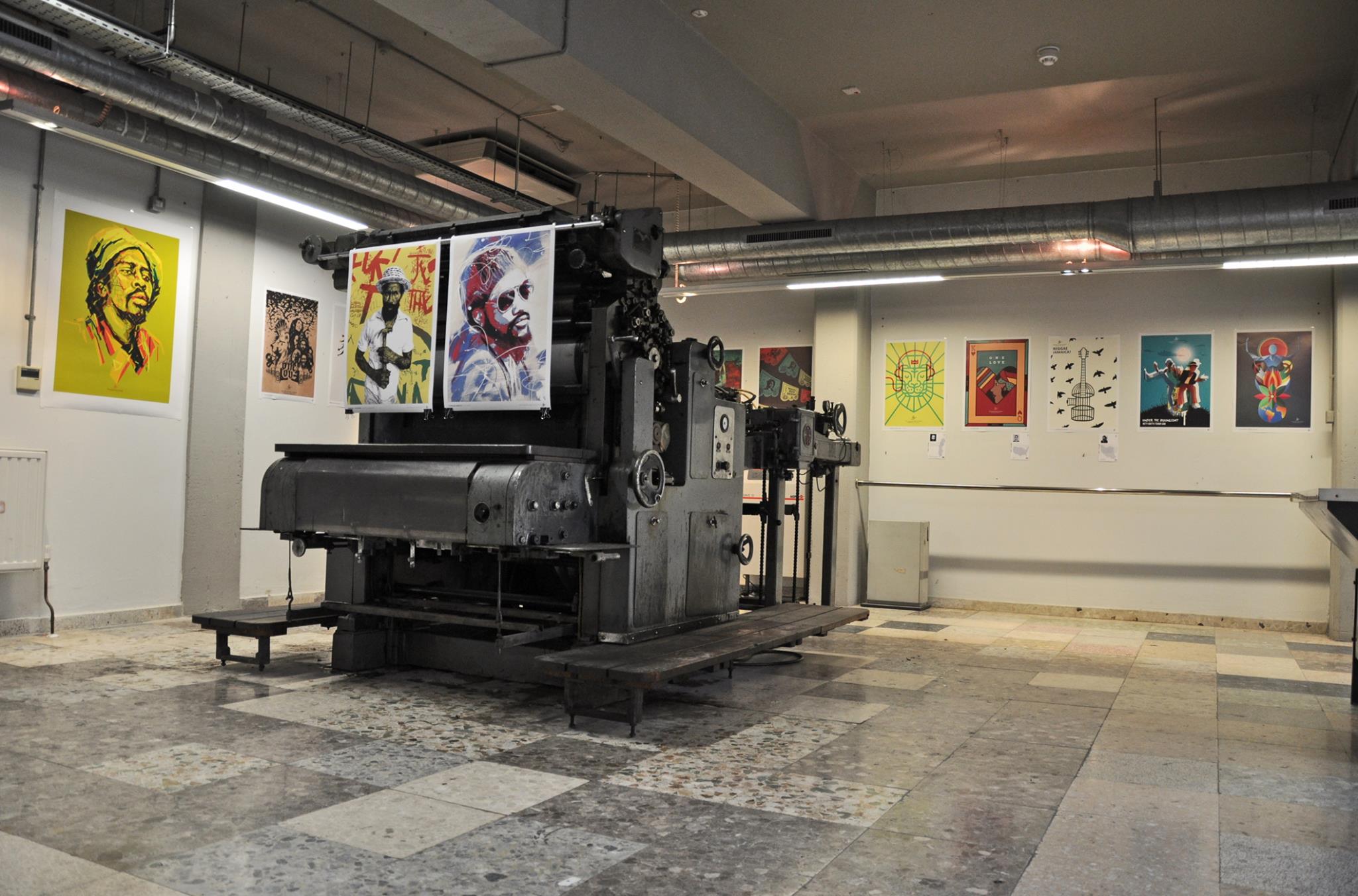 “The Art of Reggae” opened on Friday, March 6, 2015 to a strong gathering of designers and Reggae lovers for the first time on the southern most island in the Mediterranean. The IRPC exhibition and events were organized by Graphic Designers and Visual Communication Cyprus, Aggeliki Michalopoulou-Karra and Miltos Karras, title “Graphic Stories Cyprus“. This was a premier event bringing together graphic design professionals and students to share ideas and listen to expert speakers share their graphic stories.
70 of the best posters of the International Reggae Poster Contest 2014 were exhibited at the headquarters of the newspaper “Politis” from 6-28 March 2015, including those of Georgia Charalambous, Maria Agathokleous and Darina Andreyeva, winners from Cyprus. The organizers of IRPC, Michael Thompson and Maria Papaefstathiou,  who traveled from Greece, attended the exhibition opening Friday, March 6 and made a presentation about the contest successes and the grand vision. Other weekend activities included presentations by renowned designers from both Cyprus and abroad including IRPC Jury member Charis Tesvis from Greece, and a two day workshop to create artistic poster entitled “The art of the poster as a vehicle to explore the relationship between form, design, color and printing using, collage, silkscreen, linotype and monotype” under the guidance of George and Helen Tsaggaris Panayidou. An air of excitement was evident in the historic settings of the Politis headquarters. The IRPC posters were mounted on the walls, columns and tables surround by the exotic printing machinery and typesetting relics from a bygone era. The organizers of the events were quite honored by the presence of Mr. Pantelis Leptos, Honorary Consul of Jamaica in Cyprus. He toured the exhibitions and was very impressed by the high standards and grand vision of the contest objectives.
Entertainment included classic reggae and Dub selections by the legendary DJs Haji Mike, from Nicosia, Cyprus and Rankin Johnny from Athens, Greece. IRPC offers one of the winning posters to the Consul General of Jamaica to Cyprus, Pantelis Leptos as a gift of gratitude.