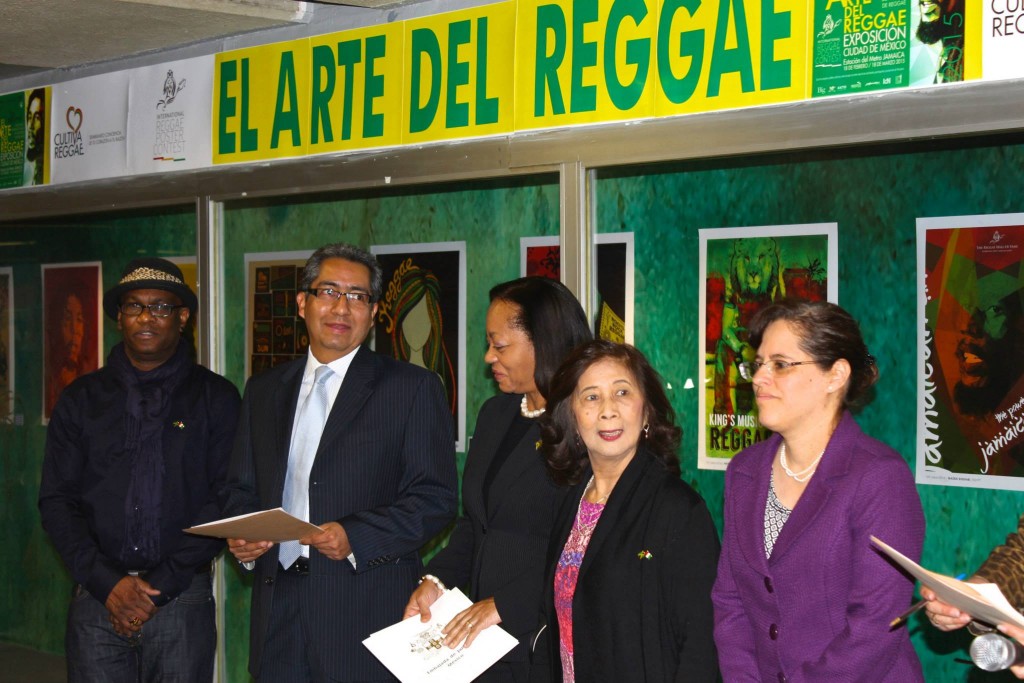 The International Reggae poster Contest, 2015 calendar started out with a big bang. This year we continued the tradition of sharing the winning collection with the world, starting with the announcement of three International exhibitions in three countries, Mexico, Cyprus and Greece. All three took place throughout the months of February and March. The explosion of exhibitions and events have become a powerful barometer of the success and the global interest in the contest’s growing collection of Reggae Poster Art.

The quality of reggae poster art submitted each year has turned the International Reggae Poster Contest “The Art of Reggae” exhibitions into a magnetic visual extravaganza. The openings in Mexico City, Athens, and Nicosia were received with enthusiasm and anticipation. This year’s exhibitions in Mexico City and the two Mediterranean capitals featured the top winners from the 2013-2014 collections, and a special selection of Bob Marley posters were presented in Mexico City to commemorate the King of Reggae’s 70th Anniversary which was celebrated worldwide on February 6. Mexico City can’t get enough of the IRPC Reggae Poster Exhibitions. This years’ opening marked the second major exhibition of the IRPC in two years. The large gathering consisted of ordinary Mexicans, local reggae enthusiasts, dignitaries and invited guests, including the Jamaican Ambassador to Mexico S.E. Sandra Grant Griffiths, special guest Mrs. Patricia Chin, Founder of VP Records, her son, Chris Chin, Director of VP Records and other officials representing the Embajada de Jamaica, Sistema de Transporte Colectivo Metro, officials from the Mexico Secretariat of Foreign Affairs and the organizers Monica Vega and Guillermo Mújica Mejía of Cultiva Reggae. The Mexican 10th placed winner Cedillo Rodríguez Cristian also attended the opening and was proud to see his work displayed and admired. All gathered at the Jamaica Metro Station in the vast metropolis to see the unveiling of the special collection of 36 posters from America, Sweden, Iran, Cuba, Mexico and many others all selected from the (2013-2014) winning submissions, reflecting the iconic visuals and messages of the legendary Bob Marley and his songs.