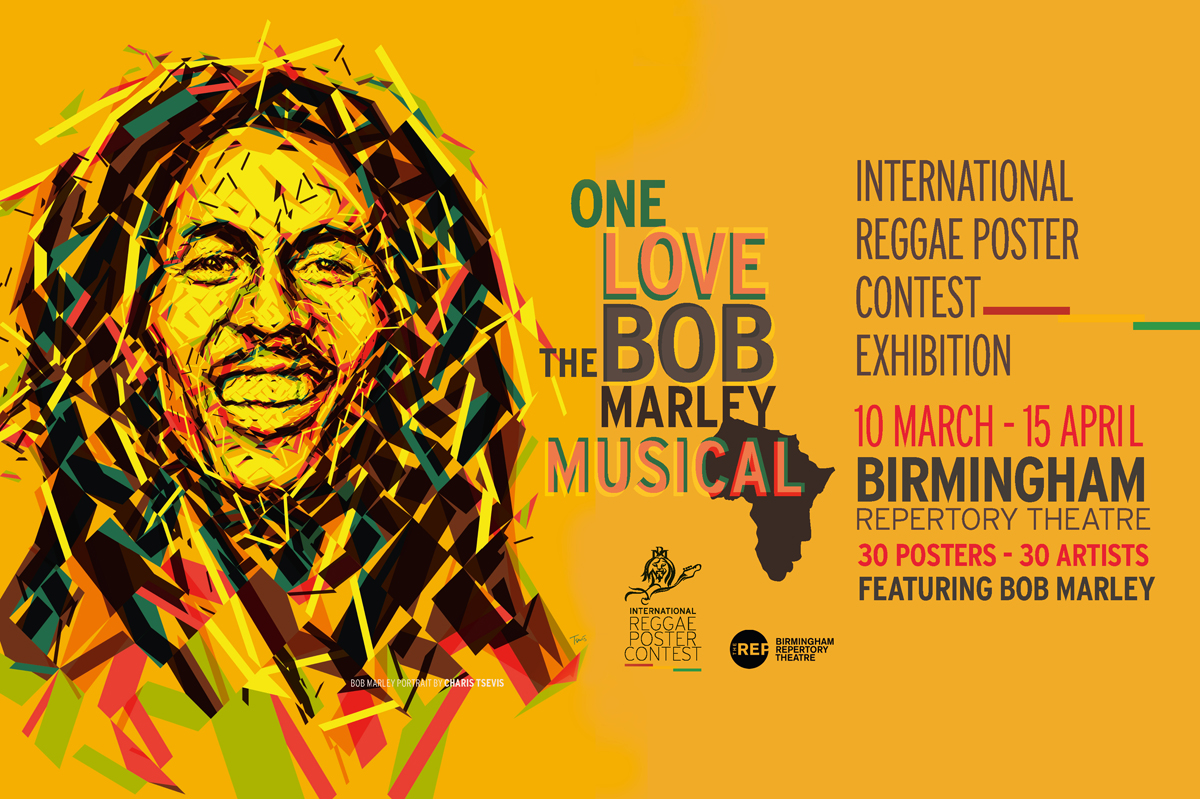 In celebration of the UK premiere of One Love: The Bob Marley Musical, we present an exciting exhibition of the 30 most iconic posters of Bob Marley from the International Reggae Poster Competition. Come along to Birmingham Repertory Theatre to experience the extraordinary life of one of music’s greatest legends through art from around the world, and a spectacular production running from 10 March to 15 April. Bob Marley’s words and music have brought joy and love to people around the world of all generations and across all cultures. Now that music is brought to life in a new musical.

Set across a dramatic period in the music legend’s life, One Love: The Bob Marley Musical tells the story of a man propelled from rising reggae star to global icon. But when his beloved homeland of Jamaica is on the brink of civil war, he is called upon to unite his people with his music and his message.

One Love: The Bob Marley Musical is a spiritual and political journey which celebrates one of the world’s most influential artists of all time by bringing Marley’s inspirational music catalogue to the stage for the first time. This compelling original musical features Marley’s greatest songs performed live on stage, including – No Woman No Cry, Exodus, Jamming and many more.

More about the event at:
https://www.birmingham-rep.co.uk/whats-on/one-love-the-bob-marley-musical.html#event-description