The Emblem of Jamaican Music | Japan 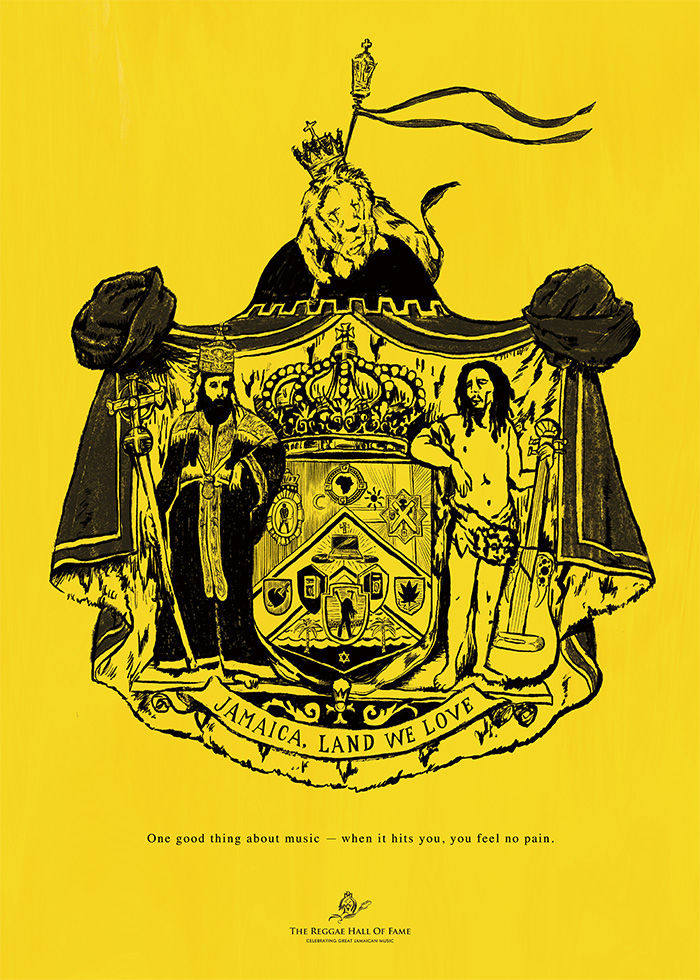 Throughout its history, even during 470 years of the colonial period, music was always there for every Jamaican people, and has always been “equal” to every each of them, no matter what gender, race, religion, or class they are. Music has not only an incredible power to heal us but also it gives us a joy to live and teaches us the importance of unity. For me, music is such a beautiful thing which has a possibility to “make the world great again”, literally.
“The Emblem of Jamaican Music” was inspired by the idea to make a revolution without repeating any kinds of those darkest histories including wars, colonializations, or invasions, not like we used to in 18-19th century but with music, which saved our lands and our lives. Imitating an ancient emblem which has been used in aristocracies as a design reflects this simple and ironical wish. The symmetrical illustration under the crown on the emblem is the metaphor of the darkness and the lightness, “yin and yang” of the Chinese philosophy. On the left side, there are “yin” elements such as a slave, the broken heart of Jamaican people and the sound of battles. The right side describes “yang” elements which are the instruments, a herb and a joint as well as the sound of joy. The two sides are both reality and there’s no good or bad.
I hope strongly music “conquer” every lands and bring peace and love.

Let me finish by thanking all of you and your ancestors of Jamaica for showing us the beauty and the power of music.