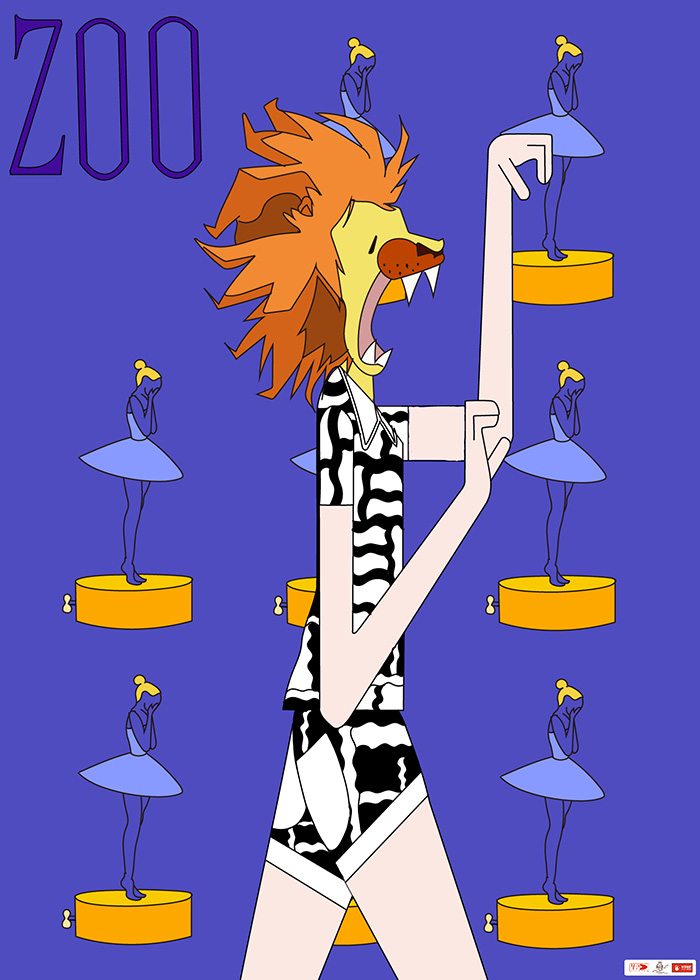 When people are trafficked, they are treated as objects and generally materialized, labeled and priced, kidnapped, forced to sell their bodies, illegally trafficked in organs, or used as toys. These cruel traffickers forcibly deprive the trafficked person. Freedom, self-esteem and even life. There was a period in history where human zoos with humans as “animals” appeared. They were forced to be watched and left their hometowns, as if their lives and beliefs were different from others, it was a problem to be visited by others. Like a gadget. I use the human zoo, through the exchange and connection between humans and animals on the screen, to express that the trafficked persons who have been held hostage have been gradually turned into poultry, zoo animals, and controlled dolls. Out of the involuntary and situation of the trafficked persons.