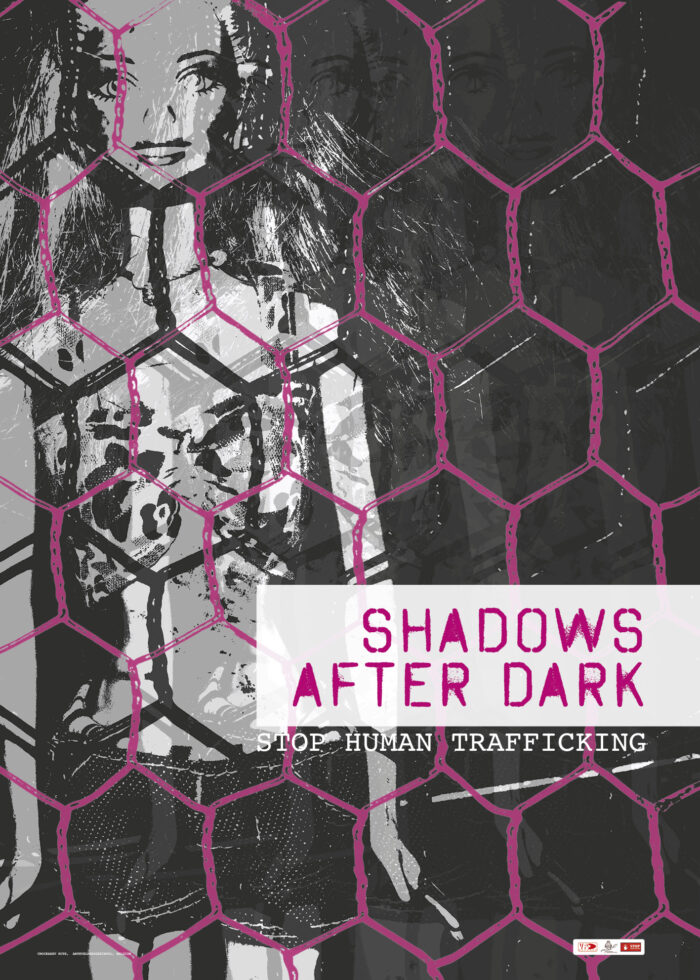 The idea behind my poster is the laughing doll. She’s laughing at the outside but inside she’s crying. I began thinking of women in sexual abuse. They’re suffering so much but you can’t look trough their smile. They’re also trapped, and that’s why there’s a fence in front of the doll(s). Behind the left doll you can see her her shadows. They represent how many faces one person can have. Women in sexual abuse are not themselves. They’re just acting. I worked with pink as head color because it’s typical for barbie dolls. The rest is just black and dark because that’s mysterious.