The nature of offence | Canada 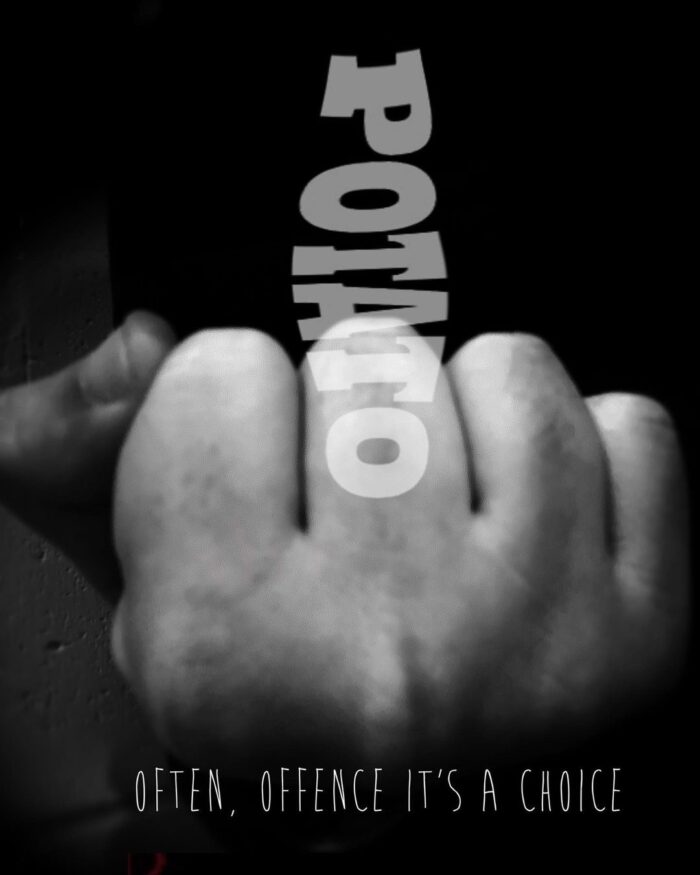 “Freedom of speech gives us the right to offend others, whereas freedom of thought gives them the choice as to whether or not to be offended.”
Mokokoma Mokhonoana

“To be offended is a choice we make; it is not a condition inflicted or imposed upon us by someone or something else.”
David A. Bednar

***
We leave in a era where offence comes easy and it’s even more easily taken. This conceptual posters intent it’s on challenging the perception of whats an offence. Offence it’s always incorrect, but not always offence it’s as offensive as many perceive it. Making a choice for some to end up offended.
The posters give two choices to the viewer, one it’s seeing it as a whole and reaching the quick conclusion that it’s offensive. But if taken on it’s parts ( fist, non aggressive word) it has nothing offensive about it.
The posters goal it’s to challenge and question the viewer, on not just how on we perceive an offence, but also on the reasoning to reach such conclusions. All depends on what the viewer chooses to see.
The blue scraping represents the censure of lapis lazuli, that in the process of limiting the message or idea, makes it even more obvious and emphatic. By turning a non offensive idea censure in the process, turns it into something more open to be interpreted as such.